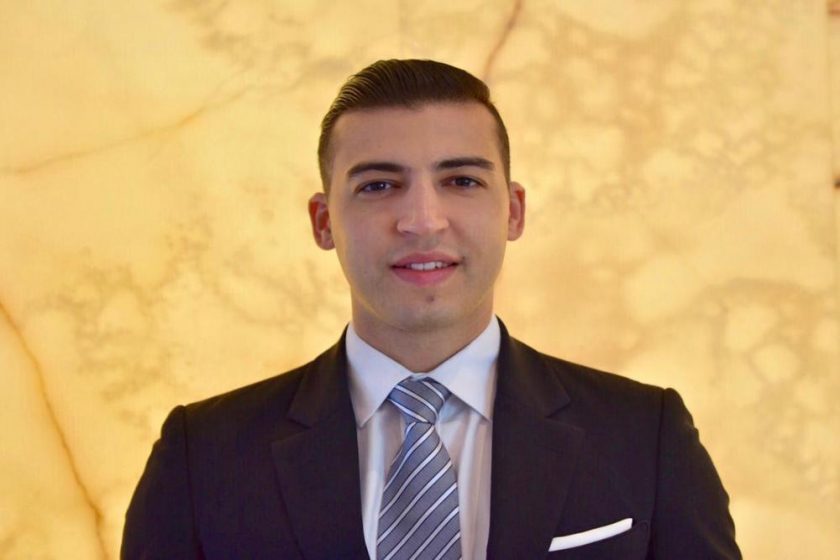 Benjamin Bruno Alves joined Address Hotels + Resorts as Cluster Executive Pastry Chef overseeing Address Boulevard and Address Dubai Mall. Following a tenure at the famed Demoiselle by Galvin located at City-walk Dubai, Chef Alves will introduce craft desserts and gourmet pastries made with experimental flavours and innovative techniques at both properties. He mastered the art of transmitting taste, flavour and new aromas to his creations from his time as Head Pastry Chef at the 2 Michelin Starred Marc Meneau Restaurant in France and also credits his mentor Joël Robuchon, the only chef in the world to have gained a Michelin star three consecutive years, as a vital source of inspiration. In addition, Alves has held roles in London, Paris, Taipei, and Beirut including stints at Remy Restaurant aboard the Disney Cruise Line, Stay & Sweet Tea in Taipei, Bar Boulud in London, and Molecule Restaurant in Dubai.

Address Dubai Mall also welcomes Otman Bengebara as its new Food and Beverage Operations Manager. In his new role, Bengebara will spearhead the culinary department of the hotel and will take on this leadership position with an aim to uphold the standard of F&B excellence that the Address Hotels + Resorts brand has become known for. He has demonstrated proficiency in the creation & execution of F&B strategies, deployment of profitable businesses and troubleshooting operations, as is evident from his decade of experience with Armani Hotel Dubai. Bengebara was named ‘Young Hotelier of the Year’ by Hotelier Middle East in 2018 and holds a WSET Level 2 Award in Wines and Spirits. He was also the recipient of the Gold Award at the prestigious Middle East Hospitality Excellence Awards 2019. Most noteworthy, the hotelier curated the eclectic concept behind The White Friday Brunch at Address Dubai Mall, a wondrous al fresco experience elevated by an all-white theme, ambient music, and a delectable selection of live stations.

Address Boulevard has also announced the promotion of Abdeladim Hakkadi to Restaurant Operations Manager. Since 2016, Hakkadi has ensured gastronomy par excellence for diners at Address Boulevard’s The Restaurant, the Lobby Lounge and the Pool Bar. With more than 12 years of experience, the hotelier has acquired expertise in a wide spectrum of environments in Dubai, working with leading brands such as Armani Hotels and Shangri La Hotels and Resorts, which has offered him incredible insight into UAE’s different culinary perspectives. He was also an integral part of the team responsible for the opening of the         Atmosphere in Burj Khalifa, a restaurant that enjoys cult status today. The Garden Brunch at Address Boulevard, a French-inspired gastronomic treat that attracts bon savants from across the emirate to bask in the sun amidst verdant landscaping, interactive live cooking and carving stations that feature oysters, fresh seafood, sushi, a magnanimous cheese bar, and even an enticing indoor dessert bar.

Address Dubai Mall and Address Boulevard has recently unveiled its sparkling medley of culinary experiences, curated especially for the festive season. Guests and families together with their loved ones can immerse their senses across exquisite afternoon teas, barbecue soirees and a lavish array of dinner buffets, to make the most out of their end-of-year holidays.