Dubai, UAE, 28 December 2019:As part of its long-standing pillar partnership with Meydan, Azizi Developments, one of the leading private developers in the UAE, sponsored the HH Sheikh Mohammed bin Rashid Al Maktoum Festival Ride for Ladies for a third year running.

A prestigious stop on the world endurance riding calendar, the Azizi-sponsored ride was held at the purpose-built Dubai International Endurance City on the 27th of December 2019. On behalf of the developer, Mr Mirwais Azizi, Founder and Chairman of Azizi Developments, presented the awards to the winners of the 120 km race:Camille Coulomb riding Vista Du Barthas, EulaliaGuardia riding Al HajajandNidaAnjumChelat riding Umour D’ Aurabellein first, second and third places respectively. 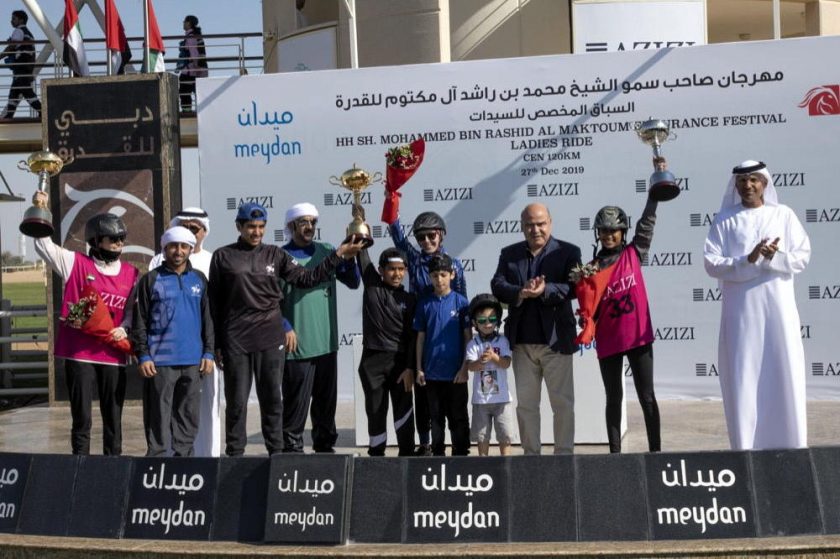 Farhad Azizi, CEO of Azizi Developments,said: “We are delighted to have sponsored this ride for the third consecutive year. As a proud partner of this highly esteemed international gathering, we are pleased to not only bring together some of the world’s best equestrians but to also support the horse racing culture and its development in Dubai and beyond. We are in complete alignment with the government’s pursuitofsolidifying Dubai’s standing as a leading destination for sports and international high-calibre events, with this festival proving to be an ideal opportunity to empower female riders, encourage interest and participation in equestrianism, and raise the bar for excellence on a local and international level.”

The HH Sheikh Mohammed bin Rashid Al Maktoum Endurance Festival is an annual tribute to the instrumental impact His Highness has had on the equestrian sport worldwide.