The record 100-plus strong cast and crew of ‘7th Sense’ – the highly anticipated debut web-series production of Mumbai-based Gaurang Doshi Productions – has successfully started shooting the larger-than-life Hindi crime thriller in Dubai, UAE, after arriving in the emirate from Mumbai, India, last month.

Eminent Bollywood producer Gaurang Doshi is producing ‘7th Sense’ with a star-studded cast as part of a twin web series with gripping storylines being shot at picturesque locations across the UAE, that also includes the espionage, fast-paced action thriller ‘Line of Fire’. 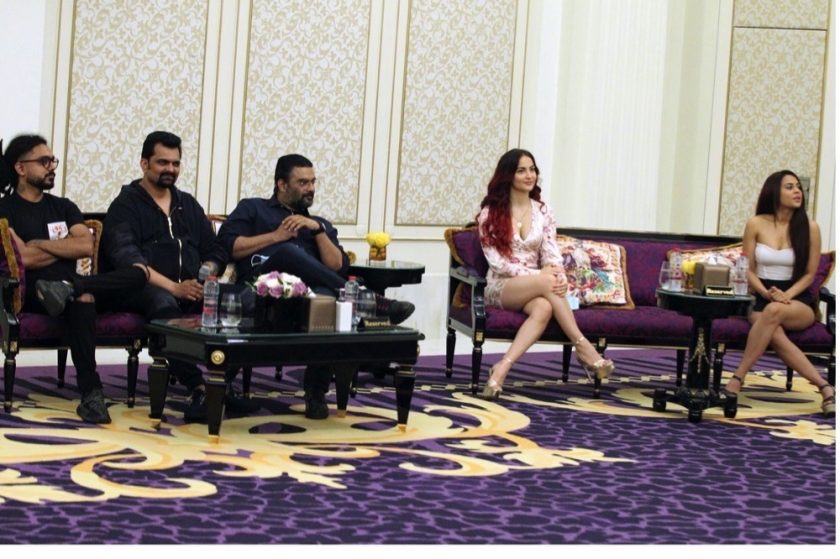 As the world grapples with the global pandemic, the successful start to the ‘7th Sense’ shoot in Dubai represents the first time in the world that a large-scale film production has begun work on location during the pandemic period, whilst taking the utmost health and safety precautions for the entire cast and crew.

Addressing a crowded, international press conference held on September 9, 2020, at Palazzo Versace Dubai, Jaddaf Waterfront, to present the star-studded cast of sensational ‘7th Sense’ and elaborate on the twin web series, including ‘Line of Fire’, renowned producer Gaurang Doshi said he was very happy to be able to begin shooting ‘7th Sense’ in Dubai, despite the pandemic situation globally.

“I am very excited that shooting for ‘7th Sense’ has started and that all my actors are here [Dubai] safe and sound. We are taking all necessary measures and precautions, including every single member of the cast and crew undergoing a covid swab test once a week. My due thanks to the UAE government, Dubai Film and TV Commission for the great support they have given us,” said Doshi. 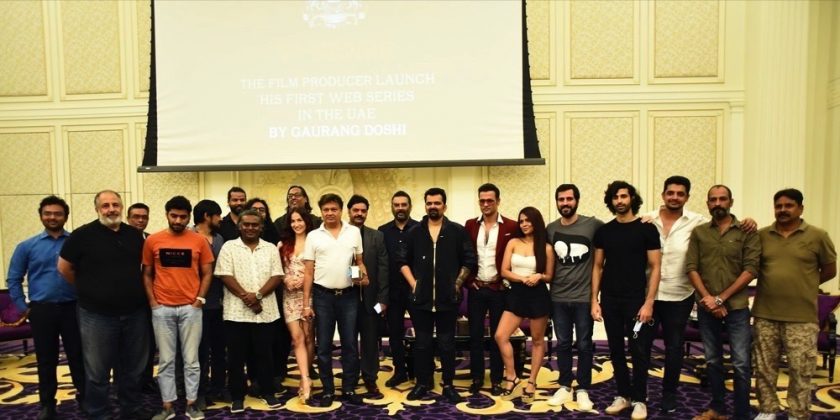 Doshi added: “For me, the script is my hero and I feel on top of the world, even though it is a pandemic situation, because we are the very first large-scale international film production to begin shooting at various locations during this period.”

Referring to the sleek and much stylised twin web series, H.E. Suhail Mohd. Al Zarooni, said: “Alhamd lilah, we are happy to have begun the shoot for ‘7th Sense’, here in Dubai. My continued best wishes to Gaurang Doshi and everybody working so earnestly on the production being shot, here, in the UAE.”

Lead actor R Madhavan, said: “I am excited, because the shoot has finally started for Gaurang Doshi Productions’ ‘7th Sense’.I can’t say how excited I am, as an actor, as we are breaking ground by being able to shoot during the covid era.

“We are shooting a mega, mega serial. This has only been made possible due to the cooperation we have received from the authorities in Dubai. Gaurang Doshi Productions has managed to pull this through, at a time like this, and getting people out of India and setting 100-plus of us here in Dubai safely and comfortably and to begin shooting,” added Madhavan.

Actor Rohit Roy, said: “It isa pleasure to be in Dubai, to shoot our exciting new web show ‘7th Sense’ which is being produced by my dear friend Gaurang Doshi. It is always a pleasure to be in Dubai. If I am asked to name my top three cities in the world, Dubai ranks right up there. And, this time, it is doubly special because I am shooting here, and shooting with a lot of good friends.”

Actor Tanuj Virwani, said: “I am extremely optimistic about the ‘7th Sense’ shoot. Gaurang Doshi has done something amazing. We must not forget that we are in the midst of a worldwide pandemic, so, for him, to be able to gather the cast, the crew and get them to Dubai is truly, truly exceptional.I am really excited, and raring to go!”

Actress Sana Saeed, said: “I am extremely, extremely happy to start filming for ‘7th Sense’, despite the pandemic. I am just so grateful to be able to be back on set and to be working again. Gaurang Doshi Productions has done a great job with all of us. I feel safe with all the precautions that are required. I love, love Dubai. Visiting Dubai is one of my favourite things ever. I am so excited to get to spend so many weeks here and to shoot here.”

Post-production of ‘7th Sense’ is expected to take two months, with the web series set to be out by December 2020. Fifteen members of the cast have been recruited in the UAE, including Sajjad Dela Frooz.

The prep work for ‘Line of Fire’, the multi-star spy thriller, to be also shot in the UAE, will commence by October 20, 2020, with the arrival of the crew in the country.

“7th Sense” is being directed by Karan Darra and the story and screenplay are by Gibran Noorani.

Madhu Bhandari, Amey D. Nargolkar and Munir Awan are the associate producers for the twin web series, while Parag Parekh and Ronak are the financial advisors. 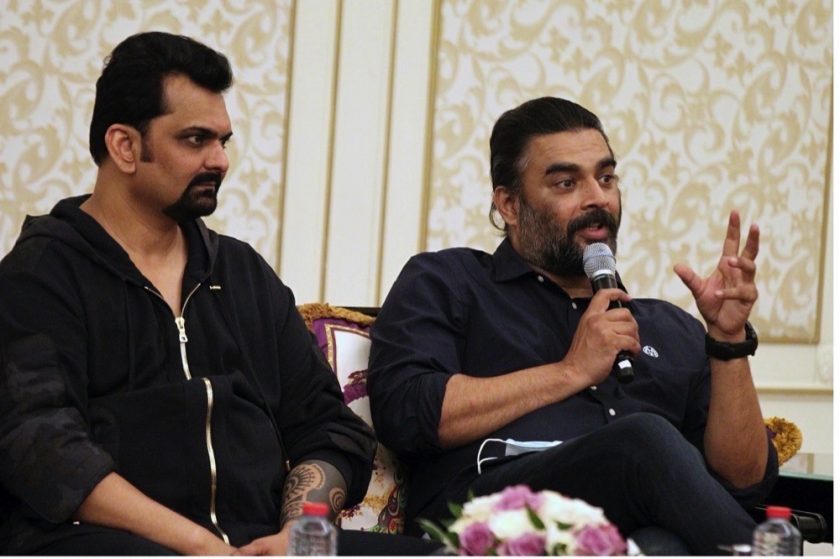 ‘7th Sense’is a full featured OTT (over-the-top) movie production starring R Madhavan and many other well-knownactors and actresses. The crime thriller web production also features many musical instrumentals by well-known musicians and artistes. The streaming media film will be offered directly to viewers via the internet. The web film is a remake of the 1965 classic.

His company, Gaurang Doshi Production’s logo explains him best: ‘Veni Vidi Vici’, meaning ‘I came, I saw, I conquered’. His movies speak of subjects rarely explored in the Bollywood realm and which he executes to perfection. He is also instrumental in launching several actors in Bollywood who now enjoy an A-list status, while successfully lending a helping hand to those who want to re-launch their acting careers. The producer’s upcoming projects include ‘Aankhen Returns’, ‘Happy Anniversary’ and ‘Indians in Danger’.