In its continuous efforts to combat television piracy, OSN and Abu Dhabi Police joined forces earlier this month to raid three shops located in the main satellite market in Electra Street, Abu Dhabi. The raid resulted in the confiscation of 202 pirate devices, the arrest of three individuals and three shops sealed. The raid followed OSN using market intelligence which they shared with Abu Dhabi Police Economic Crimes Department before submitting an official complaint and supporting the police with on-site support during the raid.

According to OSN, piracy is costing the MENA region’s entertainment industry up to $750 million every year, a number which increased due to Covid-19 lockdowns and the changing consumer habits related to it. This year, OSN has noticed a significant rise in the downloads of pirate applications that are being used to view its exclusive content and channels illegally.

Piracy does not only cause a significant loss to the industry and economy through violating intellectual property and copyright, trademark infringement, it also encourages consumption of culturally insensitive channels and content, exposing users’ devices to data theft and viruses.

In its ongoing battle against piracy, OSN has detected and removed more than 380,000 links for pirated content online, conducted 43 raids across the region and confiscated thousands of boxes along with illegal cards in 2020. And as an active member of the Broadcast Satellite Anti-Piracy Coalition, OSN continues to work hand-in-hand with the enforcement authorities across the region such as Dept of Economic Development (DED) in the UAE, General Commission of Audio Visual Media (GCAM) in KSA, Economic Crimes Police, Ministry of Interior, Communication and Information Technology Regulator (CITRA) in Kuwait, Ministry of information in Bahrain and the Antipiracy Police in Egypt.

Hanif Khan, Director of Anti-Piracy & Content Security at OSN said: “Piracy is causing enormous losses for the entertainment industry, the authorities and the end users. As the leading entertainment network in the MENA region, it is our duty to work with the authorities and invest in equipment, training and solutions to combat this crime. Two out of these three stores had been raided before, and that means people can expect much harsher punishments and punitive fines if they continue to participate in these damaging activities.”

“Indeed, solutions such as the OSN streaming application have had a positive impact and helped reduce some of the piracy usages due to its accessible price point and the quality of content. However, we still have a long way to go to reduce piracy in the region,” Hanif added.

Abu Dhabi Police underscored its increasing efforts to combat all sorts of crimes in collaboration with related authorities. The AD Police also highlighted its commitment to eradicate piracy utilizing its advanced capabilities, as well as the efforts of its investigative teams and the watchful eyes, who all play a leading role in reinforcing security and safety, ultimately providing peace of mind to society.

Abu Dhabi Police encouraged the public to only use authorized and licensed distributors when it comes to pay-tv in order to avoid commercial fraud – a crime our society fights against. Additionally, the AD Police praised OSN’s efforts and commitment to coordinating with them to combat television piracy, setting an admirable example of collaboration between partners.

The OSN Streaming app allows customers to watch the latest series, movies, documentaries, and kids’ content on any device in their preferred language. With its new user-friendly interface, it provides exclusive award-winning content through partners such as Disney+, HBO, Universal, MGM, Paramount+ and many other major Hollywood studios in addition to premium Arabic and Turkish productions. 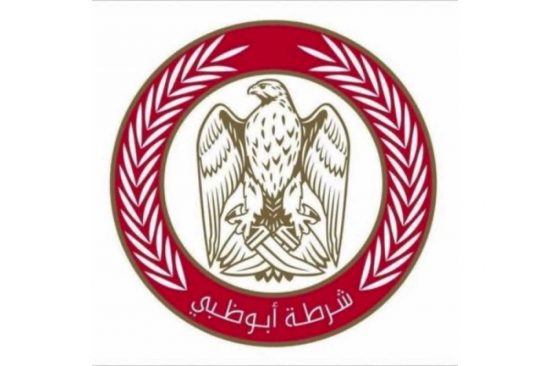 OSN is the region’s leading entertainment business with the rights to broadcast in 17 countries across the MENA. The company is owned and operated by Panther Media Group, registered in the Dubai International Financial Centre (DIFC) and has two shareholders, KIPCO and the Mawarid Group Limited.

OSN has a history of providing exceptional value for customers with its focus on exclusive and in-demand content, and innovative digital platforms for anywhere, anytime access.

OSN is the exclusive distributor of The Walt Disney Company’s new Disney+ Originals in the Middle East region, across both its box and streaming services. OSN’s strength is its unbeatable range of exclusive programming and best-in-class entertainment led by its long-term partnerships with studio majors including Disney+, Disney, HBO, NBC Universal, Fox, Paramount, MGM, and Sony to name a few.

OSN is the home for premium and nowhere-else content in Arabic, English, Filipino. OSN broadcasts the latest content at the same minute as in the US, including popular series, blockbuster movies, and the best in kids and lifestyle programming. In addition, OSN also provides entertainment content for devices such as laptops, tablets and mobile phones via its online and mobile app entertainment platform, offering movies and series on the go.

OSN has been at the forefront of digital technology innovation in the Middle East introducing OSN on Demand, the region’s first VOD service.

OSN’s ambition is to deliver entertainment everywhere for everyone, which is informed by the company’s three key pillars: A customer-first approach, unrivalled exclusive content and unbeatable value.