T10 Sports Management today announced the appointment of Haroon Lorgat, the former Chief Executive Officer of the International Cricket Council (ICC), as Director for Strategy and Development to spearhead growth and development of the ten-over format cricket worldwide.

The announcement comes as T10 Sports Management and its partners prepare for the upcoming season of Abu Dhabi T10 that is set to take place at the Zayed Cricket Stadium from January 28 to February 6, 2021 in which eight teams will fight for the coveted championship title. This will be the fourth edition of the league.

In his new role, Haroon Lorgat will advise the Chairman and management of the T10 Sports Management on growth strategies for T10 cricket. He will also develop, profile and promote the Abu Dhabi T10 League worldwide with the aim of having multiple T10 leagues in viable countries. Mr Lorgat will connect with key stakeholders to promote the league and work with them to develop T10 cricket around the world. 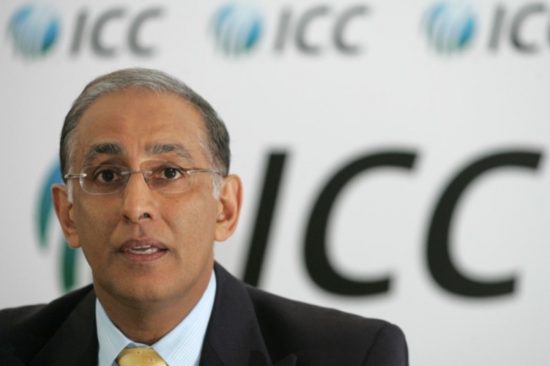 Shaji Ul Mulk, Founder and Chairman of T10 Sports Management, said, “In the past three years, since launching the T10 League in Sharjah Cricket Stadium in 2017, the T10 League has come of age and has been accepted as the fastest-growing and the most popular cricket format. It has been licensed by the Emirates Cricket Board and is sanctioned by the ICC.

“The T10 League is now one of the most sought after international cricket leagues with such popularity that Abu Dhabi decided to host it for five years with major government bodies joining hands to embrace and support the tournament.

“The rapid popularity has encouraged us to consider a global strategy for growth and development of the T10 league format. Hence, we were on the lookout for a recognised global leader to spearhead the development of the league worldwide.

“I am glad that Haroon Lorgat has accepted the challenge. He will engage with relevant authorities and stakeholders to create multiple T10 League properties in both Full and Associate Member countries where cricket is a popular game. With him on board, we will chart an exciting development programme worldwide to popularise the game of cricket with this exciting new format.” 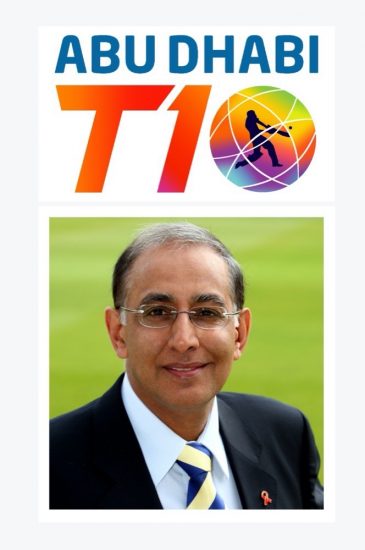 Abu Dhabi T10 is the world’s first international professional T10 cricket league with ten-over innings that is played over 90 minutes. Conceptualised and developed by T10 Sports Management in 2017, the Abu Dhabi T10 has become one of the most popular cricket tournaments in the world and is recognised as the shortest form of cricket by the ICC – the governing body that regulates international cricket.

Mubashir Usmani, General Manager of Emirates Cricket Board, says, “It is with great pleasure I welcome Mr Haroon Lorgat to the UAE’s wonderful cricketing landscape. His leadership in world cricket is well known and we’re privileged to have his deep-rooted knowledge of the game here with us in the UAE. The Abu Dhabi T10 is a pillar delivery within the ECB’s long-term event strategy and we’re looking forward to taking this home-grown initiative to the next global level.”

Haroon Lorgat, a Chartered Accountant by training and a leader and promoter of cricket, was the CEO of the ICC for four years from 2008 to 2012.

After his term at the ICC he assisted Sri Lanka Cricket (SLC) and then the Pakistan Cricket Board (PCB) as a consultant. In July 2013 he was appointed Chief Executive of Cricket South Africa (CSA) and has been lauded for restoring the reputation of CSA after a difficult period.

His excellent work resulted in CSA being acknowledged at the time as the best-managed sporting federation in South Africa. In 2017 he was recognised for his leadership in sports administration by being awarded the SA Sports Industries inaugural Business Leadership award.

Accepting the new role, Haroon Lorgat, Director Strategy and Development of T10 Sports Management, said, “I witnessed T10 cricket for the first time last year and was amazed by its appeal and potential for advancement. The impressive growth of the Abu Dhabi T10 League has attracted global attention and it is now ready for expansion worldwide. I am delighted to join Abu Dhabi T10 and to play a part in growing the league and T10 cricket around the world.

“I will be keen to work closely with the ICC and Member countries to promote the game and build on the foundation laid by Mr Shaji Ul Mulk and his team.”

Matt Boucher, Chief Executive Officer of Abu Dhabi Cricket, said: “We welcome Haroon Lorgat on board – a global leader in the development of the game of cricket. Together, we will look to strengthen Abu Dhabi’s event hosting position and ensure the T10 property becomes even more popular globally.”

Abu Dhabi T10 is the world’s only ten-over cricket league officially sanctioned by the International Cricket Council (ICC) and licensed by the Emirates Cricket Board (ECB). The T10 League was launched in 2017 by T10 Sports Management to popularise the game of cricket in its shortest format – in which two teams bat it out in ten overs – or just 60 balls – thrilling the crowd.

Abu Dhabi T10 is a blockbuster 10-day extravaganza full of enthralling cricket attracting the world’s top T10 players at Zayed Cricket Stadium. Added to the mix will be an array of high profile off-field entertainment, and every ball will be beamed to millions across India on Sony Six and Sony Ten 3.

The fast-action ten-over format of the Abu Dhabi T10 ensures that full cricket matches can be played in 90 minutes – the same duration as a football match. Its popularity is underlined by the enthusiastic participation of some of the most bankable names in world cricket. These include England’s World Cup-winning captain Eoin Morgan, Shane Watson, Rashid Khan, Andre Russell, Shahid Afridi, Yuvraj Singh, Jofra Archer, Zaheer Khan, Lasith Malinga and Darren Sammy, among others.

Matches have 10-over-a-side format and duration of 45 minutes a side totalling 90 minutes of play. The tournament is played over ten days, with a round robin followed by semi-finals and the final. The 2017 edition was played from 14-17 December at the Sharjah Cricket Stadium. In August 2018, the International Cricket Council (ICC) officially sanctioned the league.

The 2nd Season of the T10 League added two more teams to expand the tournament.