Azizi Developments, a leading private developer in the UAE, has released the first units of its Park Avenue project, located on Meydan Avenue, for sale. Park Avenue is Azizi’s newly launched low-rise lifestyle community in MBR City, Dubai’s most popular residential destination by sales transactions, move-in requests and property prices. The residential community is worth AED 300m and construction commenced in August 2020.

Azizi will begin by launching residential properties in the first building, Park Avenue I, which features 140 homes comprising of 39 one-bedroom and 101 two-bedroom apartments on Thursday, the 15th of October 2020. Properties in the other two buildings, Park Avenue II and III, will be released for sale in the coming months. Upon completion, Park Avenue will comprise of 372 residential and 29 retail units across its three buildings, each of which comes with its own fully equipped gym and swimming pool. 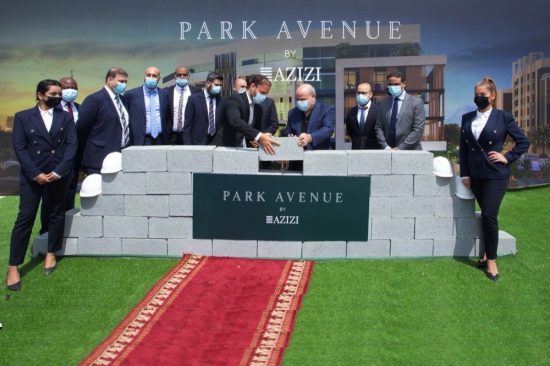 Nima Khojasteh, Executive Director – Sales & Marketing at Azizi Developments, commented: “With a substantial volume of enquiries that we are receiving from both local and international investors following our groundbreaking announcement in mid-August, Park Avenue represents another highly sought-after project with strong demand from investors. We are confident that the first building of this prestigious community will sell out as rapidly as our other recently launched developments – Creek Views II in Dubai Healthcare City and the prestigious mid-rise buildings in MBR City’s Riviera. With Park Avenue’s outstanding location, the amenities offered, and its contemporary, well-thought-out design, it offers a lifestyle unlike any other.”

Built around the concept of connected serenity, Azizi’s Park Avenue project is the epitome of a strategic, easily accessible and convenient location that is its own little getaway within the city.  Surrounded by greenery and within close proximity to Azizi’s French Mediterranean-inspired master-planned community – Riviera, the upcoming Meydan One Mall, the Meydan Grandstand, The Track and only a 10-minute-drive to Dubai Mall and Downtown Dubai, these contemporary homes are ideally located for those wanting access to some of the city’s most vibrant points of interest while also being able to bask in the tranquillity of their own community with panoramic views of Dubai’s skyline.