How can you learn and practise a skill like photography during this time of social isolation and physical distancing? The solution was an integral part of an online workshop titled ‘Introduction to Photography’ held yesterday (Wednesday), the third day of ‘Let’s Have FUNN’, a first of its kind virtual media arts event being organised by FUNN – Sharjah Media Arts for Children and Youth.

Nikon Kids Photo Club’s Arya Chitra, who headed the workshop, advised children to utilise their time at home by shooting indoors and mastering indoor photography techniques, giving them a crash course in photography focusing on shooting  in lowlight with DSLR cameras. 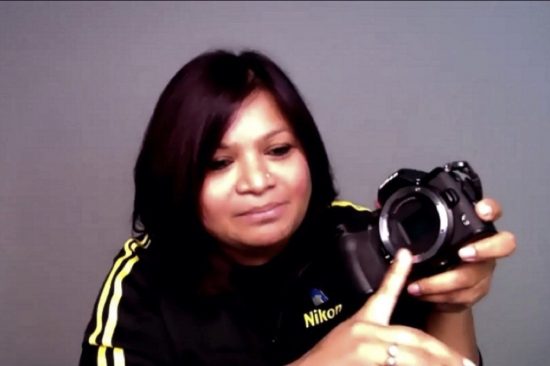 “Shoot the people you love, shoot the various odd object you find in your house,” she said. “Don’t worry about making mistakes, that is the only way to learn.” She went on to explain the importance of identifying the light source. “Find the natural light source in your house, place your subject in front of it and shoot. You need a light source, a backdrop and reflectors to shoot professional pictures indoors.”

However, it was not necessary to spend a lot of money buying equipment to shoot good pictures, she explained. “White paper can substitute for white boards to form the backdrop, again you can use anything white, such as paper or even a towel, to serve as reflectors,” she said. 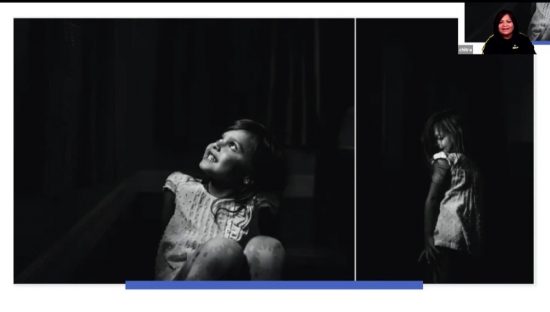 At the conclusion of the workshop, she invited the children to hashtag (#NikonKidsPhotoClub) the pictures they take after the workshop on social media, for feedback and further tips on taking good pictures.

Emirati photographer Fatima Al Harthi introduced aspiring child artists to the colour wheel, giving them tips on how to choose and match the right tones, at a workshop titled Colour Wheel. She explained that the basic colour wheel is a collection of 12 colours which include: three primary (red, yellow and blue), three secondary (produced by mixing two primary colours in equal proportions) such as magenta which is a mixture of blue and red, and six tertiary colours (made by mixing equal parts of one primary colour and one secondary colour).

Highlighting that the colour wheel is used to match and choose the colour schemes for clothes, furniture and decorations, the artist explained that the wheel includes an arrow that points out complementary colour schemes. An equilateral triangle on the wheel would point to the colours to be combined to form a triadic colour. Likewise, an isosceles triangle would match three primary, secondary or tertiary colours to compose a new complementary colour, while a square or a rectangle are used to combine four colours. 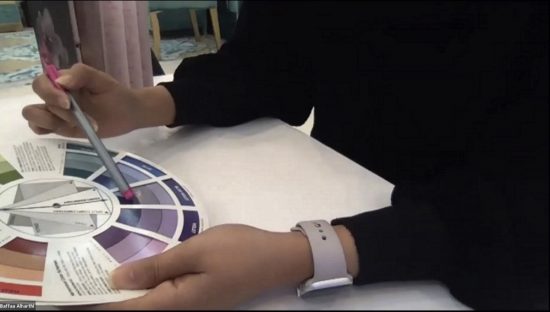 FUNN is an organisation established under the patronage of Her Highness Sheikha Jawaher bint Mohammed Al Qasimi, wife of His Highness the Ruler of Sharjah and Chairperson of the Supreme Council for Family Affairs (SCFA), to promote and support the media arts (animation, filmmaking, graphic design, etc.) for young children and the youth of Sharjah and UAE.