Champion Khabib: ‘After many years coming to Abu Dhabi, I love this place, I love the people. I will eat something sweet, then go to work’

The much-anticipated match-up between Khabib Nurmagomedov and Justin Gaethje at UFC 254 in Abu Dhabi on Saturday will be a battle of mental strength, different skillsets and sticking to trusted plans, according to the men preparing the duo for the Return to Fight Island finale. 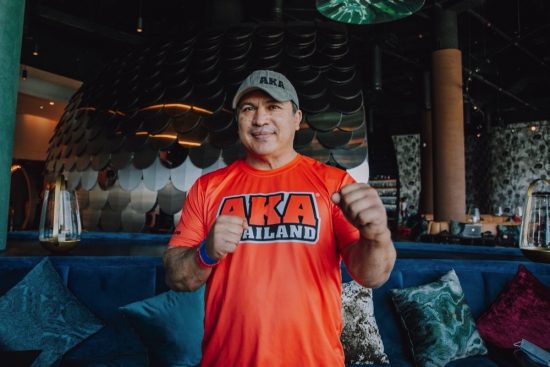 Khabib will put his lightweight title and undisputed 28-0 record on the line against the division’s American interim champion Gaethje at the Flash Forum on Abu Dhabi this weekend. Khabib’s corner know their man will be in for a tough fight, but if he sticks to his strengths, they say, there will be only one winner. Khabib was first on the scales for Friday’s weigh-ins at Flash Forum and looked at relieved man to make the 155lb weight.

“We look at Justin, we look at his strong points, his weak points, and we look where we are going to attack. It always comes down his father’s plan, that’s the best way for Khabib to win his fights. Justin’s a good wrestler, but Khabib has been in there with great wrestlers at a higher level. But this isn’t wrestling, this is MMA and I believe Khabib is a master of the takedown in MMA,” said Khabib’s coach Javier Mendez. 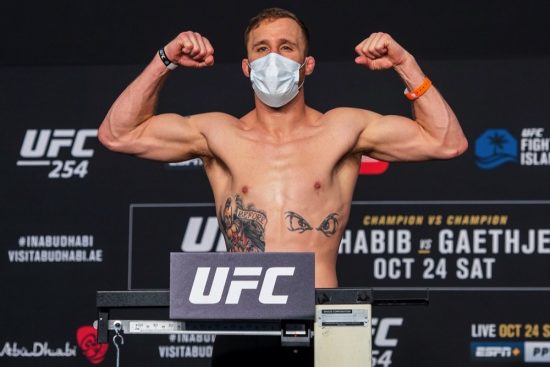 However, opposite number Trevor Whittman insists his man Gatheje has the game, and the mindset to spring an Octagon surprise. Gaethje also made the 155lb weight in Friday’s weigh-in

“I train my athletes to win championship fights by working through the mental side of things and that’s how we’ve trained Justin throughout his whole career. That is one thing he’s got,” said Whittman. His mindset. I learn from him. He has such a simple way of saying things; it’s so unique and that’s why he has no hesitation.”

“Khabib has the strongest mental game in the sport right now and we are excited to go out there and take it on physically and mentally,” he added.

“Khabib is great everywhere. Without doubt he is the best pound for pound fighter in the world right now. But nobody has seen Justin’s wrestling because he doesn’t use it, it’s like his secret weapon in a way. He just goes out there and likes putting on great fights for the fans.

“But this is an opportunity of a lifetime and we are coming in here to win. This is going to be a fight for the ages.”

Champion Khabib is eager to put on a show for his legion of regional fans with his first Octagon appearance since his victory over Dustin Poirier at UFC 242 in Abu Dhabi last September.

“After many years of coming to Abu Dhabi, I love this place, I love the people here, and I’m ready for this fight. I made the weight today, and now I want to have something sweet and then get back to work,” said the champion.

“Last time was different, but in this climate, if we wanted to keep the sport going during the pandemic and for the athletes to continue earning a salary for their families, something like Fight Island was the only way. UFC and Abu Dhabi have done a great job.”

Opponent Justin Gaethje is ready to take his opportunity. The lightweight interim champion said: “Preparation has been great. I would have been a fool if I had not done everything I could to be ready for this big opportunity. I need to knock him out before he takes me down. I need to be perfect. I can’t make one mistake.”

UFC President Dana White is expecting a special fight: “I always want a good card and to be a good card the main event has to deliver. It is shaping up to be the biggest fight we’ve ever done and as long as the main event delivers, I’ll be happy.” 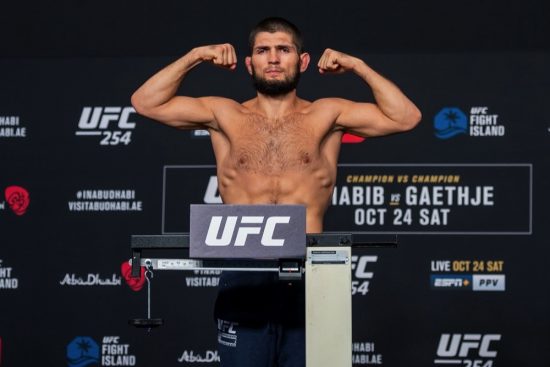 While the focus is very much on tomorrow night, Mendez hopes that, regardless of the result, Middle East fight fans will get a chance to see Khabib back in Abu Dhabi again soon.

“After this I hope we get his father’s wish and that was GSP (George St-Pierre). if we can’t get GSP I hoping we get something huge. I’m hoping the winner of Dustin Poirer and Conor McGregor, if they fight at 155lbs, then maybe we get the winner of that, or maybe Tony Ferguson comes back and gets deserved his shot. I’d love to see it in Abu Dhabi. It’s the best place for me.

“I’ve been involved in UFC events since 1995, but this is the best organised event I’ve ever been to, especially given the COVID-19 situation.