Monaco – October 2020: Valérie Davenet, Director of the Department of the Environment, unveiled 3D panels designed to increase marine biodiversity. The unveiling was attended by H.S.H. the Sovereign Prince, Marie-Pierre Gramaglia, Minister of Public Works, the Environment and Urban Development, and Stéphane Valeri, President of the National Council.

The panels, which will be submerged to a depth of 35 metres off the coast of Fontvieille in October, were designed by the Department of the Environment and engineering firm SETEC to improve the environmental functions of structures that were submerged in 2014. 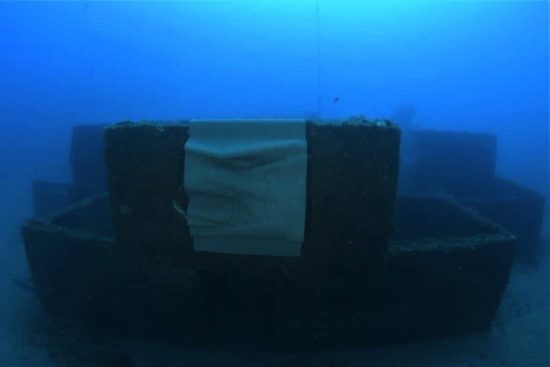 Drawing inspiration from structures and shapes found on the natural rocks along the coastline, the designers came up with a digital model. This model was used to produce 20 different modules, by varying the depths of the fault lines, the structure and size of overhangs and the overall thickness. The modules were then printed by XTREE, a company which specialises in manufacturing complex elements using 3D printing. The panels were printed using fibre-reinforced concrete, which is inert in the marine environment and has a micro-roughness that should encourage stationary species to settle.

This technique could eventually be employed to clad artificial structures (the sides of sea walls, stabilisation blocks, etc.) that are already in place along the coast to improve biodiversit