Dubai, United Arab Emirates, 28 October 2020: Dubai Culture and Arts Authority revealed the winners of the short film industry competition that was launched in July under the title ‘Dubai Creativity for Short Film Industry’ to support promising young talents as well as motivate them to create short movies and employ visual and audio media in storytelling and self-expression.

A jury comprising the most prominent experts in this creative field, including Dr Habib Ghuloom, engineer Walid Al-Jallaf, artist Muhammad Al-Salti, artist Samira Ahmed, artist Ahmed Al-Shamsi, and artist Khalifa Al-Bahri, selected the winners. Dubai Culture invited local and international amateurs and professionals in the creative field to participate in the competition that aims to encourage talented youth and provide them with a platform to showcase their creativity. Under the competition, the participants will be urged to submit a high-quality short film with an interesting concept and as well as employ the best direction skills with the smallest possible budget in one of four film categories, including narrative, silent, comedy, and documentary.

On this occasion, Fatma Al-Jallaf, manager of the theatre section and acting director of the performing arts department at Dubai Culture, said: “We are pleased to announce the winning entries of the ‘Dubai Creativity for Short Film Industry’ competition, which aligns with our efforts to empower the talented new generations and inspire them to unleash their creativity. The participants in the competition expressed their imaginations through distinct and innovative works, instilling a sense of optimism in us of a promising regional future for this important creative field. As a result, our belief in the existence of inspiration and creativity everywhere was deepened, so was our commitment to helping motivate and explore them.” 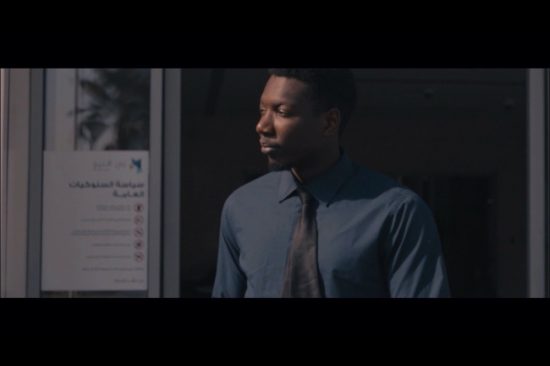 She added: “Working closely with talents and creative people is a major pillar to promote the cultural and creative scene in Dubai and help the emirate become an incubating environment for the creative community that is supportive of global talents, ranging from amateurs to professionals. This competition succeeded in attracting many innovative and rich participations, and the winning short films deserved the accolades they received. We will continue to support the creators of these works and all those who are passionate about the art, creativity and culture.”

Eng. Saleh Naji Muhammad Al-Marri from Saudi Arabia won first place for his movie ‘Simba,’ which recounts the story of a man, who, after the death of an old man he shared residence with, was rendered homeless, sleeping in the alleys and public streets of old neighbourhoods. At the end of the film, it is made apparent that the protagonist is indeed a cat called Simba.

Saleh is an engineer who graduated from the USA in 2015. He has directed several films for major companies in the Kingdom of Saudi Arabia and is currently working on directing and producing the movie (Swalif Cafe) for YouTube. He is a member of the Arts and Culture Association in Al-Ahsa and manages a creative team of young people who are skilled in this field. Regarding the idea of ​​the film, Al-Marri says: “Faisal Al-Melhem came up with the idea a year ago, but did not develop it until I visited in the USA. I started filming in Bloomington, Indiana that has a stunning landscape in the summer. The idea was implemented in August 2019 and was produced by Laftah Foundation for Artistic Production in September 2019.” 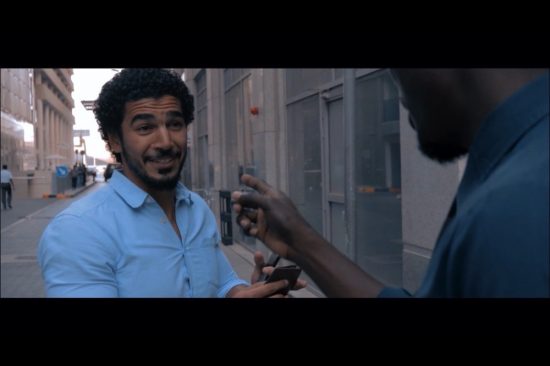 Second place went to Ali Al-Taher Ramadan from Sudan for his film ‘Insan’ that embodies humanitarian values centred on how to deal with members of a diverse society to consolidate the bonds of love and solidarity among them. The filmmaker was born and raised in the United Arab Emirates and is a graduate of the Sudan University of Science and Technology, majoring in architecture. Ramadan says: “I believe that cinema can deliver stories that may be entrenched in the minds of the viewer for decades. I aspire to make Arab films that would enjoy a global reach and be screened in theatres worldwide.”

Third place went to Iman Faraj Mubarak Derikan from the United Arab Emirates for her film ‘Happened in 2020’ that follows the events of Hamid during the quarantine imposed by the COVID-19 pandemic; the film reveals how life has changed due to this crisis. Iman is a graduate of public relations and multi-media who has written and represented several artworks at Ras Al Khaimah Girls Center. Speaking about her talent, Iman says: “My passion in the field of media started from an early age when I was instilled with a sense to discover, simulate and learn everything related to presentation, photography and scenario-writing. This passion stayed with me until I made it my field of study. I aspire to develop myself in this field and to be a member of a passionate and professional team in a creative field, such as photography, editing and design.

Dubai Culture will display the winning films on its YouTube channel and will organise a promotional campaign for them. In addition to giving the three winners the opportunity to promote their business and enhance their talents, each winner will also receive a symbolic prize, constituting a smartphone or a small camera for each.