Thomas Dieringer, entrepreneur and JAGGAER veteran, has been appointed President for the Middle East and Africa region

JAGGAER, the world’s largest independent spend management company, has strengthened its’ senior management team with the appointment of Thomas Dieringer as President for the Middle East and Africa. Dieringer will be responsible for developing JAGGAER’s strategy and growth in the region.

Dieringer has over 25-years of senior management experience and is a pioneer in the field of digitalization and procurement software solutions. Having joined JAGGAER in 2017 as Chief Digital Officer, he was promoted to President of Europe and will now lead the Middle East and Africa team.

Prior to his role at JAGGAER, Dieringer was the founder of POOL4TOOL, the leading procurement software provider for direct material with subsidiaries in Europe, US, Asia, and the Middle East, which merged with JAGGAER in 2017.

In the 1990s, Dieringer founded ProTEC Kft. (formerly Hungary Plastic) an injection molding company that made complex assembled parts for the consumer electronics and automotive industry. There he was responsible for managing over 500 employees. 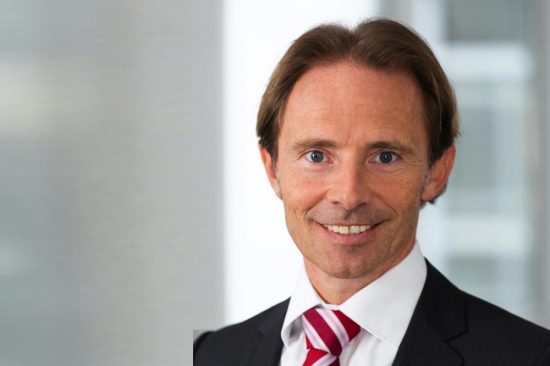 Jim Bureau, CEO, JAGGAER, said: “The wealth of leadership experience and expertise in IT, business development and procurement underscore the importance of Thomas’s appointment as we further strengthen our MEA team.

“As our business continues to grow year-on-year in the region, Thomas will have a vital role in driving that growth and expanding our service offering into new territories. As we advance, we look forward to capitalizing on the rapport and trust he has built with clients around the world and implementing that with our regional client base here in the Middle East.”

Dieringer said: “JAGGAER is a renowned business with a strong presence in the Middle East. I look forward to working with the team in the region and capitalizing on the experience gained from a global level by taking the company forward in a new era of growth and expansion.”

JAGGAER has also expanded its team in the region with the appointment of Hany Hussein to the position of Regional Vice President – Sales with a remit to oversee the company’s expansion across the Middle East & Africa.

Hussein brings with him a wealth of international and Middle East experience. He has previously held the positions of President for DAMAC International and Managing Director and Vice President of Enterprise Sales at Commonscope, where he was responsible for building market share across the Middle East, Africa, Russia, CIS & CEE.

He also a plethora of IT experience, having worked with Huawei, Microsoft, Cisco, and IBM.

“I am excited by the prospect of working hand-in-hand with Thomas to build on what we have already achieved here in the Middle East. We are primed and have a team in place which can increase our success throughout the region,” said Hussein.

JAGGAER is the world’s largest independent spend management company, connecting customers to a network of 4 million suppliers in 70 countries, served by offices located in the Americas, APAC, Asia and EMEA.

JAGGAER offers complete SaaS-based Source-to-Pay eProcurement solutions with advanced Spend Analytics, Sourcing, Supplier Management, Contract Lifecycle Management, Savings Tracking, and intelligent workflow capabilities all on a single platform, JAGGAER ONE. JAGGAER has pioneered spend solutions for over two decades and continues to lead the innovation curve by listening to customers and stakeholders in all industry sectors, public services and academia.

Additionally, JAGGAER integrates with most ERPs, can transact on one single platform or easily complement existing systems to drive more value and holds 37 patents – more than any other spend management provider.