As part of its continued efforts to advance its services and offerings to customers, the Sharjah Public Libraries (SPL), an affiliate of the Sharjah Book Authority (SBA), has launched a book drop box service to enable members in the central and eastern regions of the emirate return their borrowed books without having to enter the library physically.

The new service is the latest in a series of customer-friendly measures introduced by SPL across all its branches in Sharjah. In August, SPL launched the ‘Smart Locker’ service that facilitates the 24/7 borrowing of books via the SPL website. 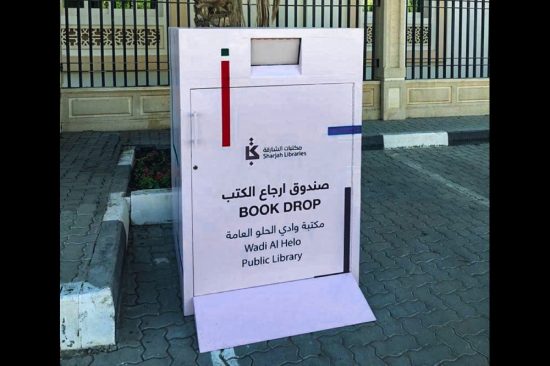 The Sharjah Public Library was established as a private library in 1925 by Sheikh Sultan bin Saqr Al Qasimi under the name, Al Qasimiyah Library. Its location has since changed several times, from Al Husn (Sharjah Fort) in Bait Al Gharbi under the Mudeef Building to Sharjah City Municipality, then to Africa Hall, to Sharjah Cultural Centre and Sharjah University City. In May 2011, His Highness Sheikh Dr. Sultan bin Muhammad Al Qasimi, Member of the Supreme Council and Ruler of Sharjah, inaugurated the current building at the Cultural Palace Square under the title ‘Sharjah Public Library’. The new facility contains approximately half a million books in multiple languages spanning numerous fields including science, humanities, art, and literature.