Continuously recognized globally for its delivery of the finest products and services to its customers.

Dubai, UAE, 26 November 2020: Arabian Automobiles Company (AAC), the flagship company of the AW Rostamani Group and the exclusive dealer for Renault in Dubai, Sharjah, and the Northern Emirates, further consolidated its global leadership position by being awarded with the Renault Global Partners Award P.A.R.I.S. Challenge 2019 in the A category.

This accolade stands as a reflection of Arabian Automobiles’ commitment to deliver the finest of products and services to its customers. It also cements the company’s leading position as a global leader, made possible thanks to the hard work, dedication, and expertise exhibited by each of their team members.

To win the award, Renault of Arabian Automobiles was assessed on its overall performance for the year based on criteria, including achieved sales volumes versus budgeted sales volumes, customer satisfaction, and mystery shopping. The challenge awards dealers across three groups Group A for sales over 1,000 per year, Group B for sales between 300–1,000 per year, and Group C for sales less than 300 sales per year. Renault of Arabian Automobiles was crowned the winner of Group A out of 27 importers in this group alone. 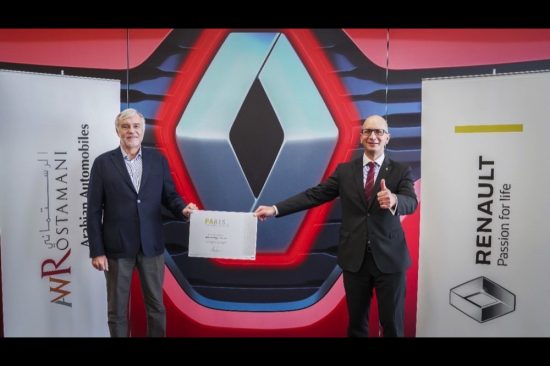 It is notable that Arabian Automobiles Company has been launching and running various interactive campaigns and promotions to expand the brand’s reach to tap into new customer segments.