Dubai, UAE: Amid recent revelations that more than half of parents in the UAE do not know the legal requirements for seatbelt use, INFINITI Middle East partnered with the Road and Transport Authority Dubai to deliver road safety workshops to school children in the UAE. The recent nationwide survey, commissioned by INFINITI Middle East, also highlighted that over 30% of drivers admit to breaking the law when children are present in cars. 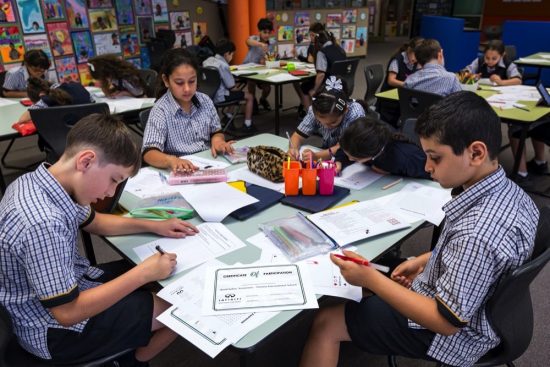 “Children are the next generation of drivers, which is why it is important to educate on the correct road safety habits from an early age,” said Nasif Siddiqi, Managing Director, INFINITI International markets. “In recent times, we have seen major global conversations such as climate change being tackled head on by the youth of today. With this in mind, we believe that once equipped with the right education and tools, children have the power to insight some real change and positive impact when it comes to road safety in the UAE. Through the ‘Eyes on You’ initiative, we are empowering children to become road safety ambassadors and hold adults accountable for their driving behaviour. This is just the start of our ambition and we are inspired to continue making a difference to our roads”.

Deema Hussein, Traffic Awareness Senior Manager, Traffic Department of Roads and Transport Authority (RTA) added: “Raising awareness and improving traffic safety in Dubai is of critical importance to keep people on the road safe. Instilling safe driving habits into the next generation of drivers is very effective and is why the RTA develops learning material specifically targeted at school children. We continue to encourage and support campaigns, such as ‘Eyes on You’ by INFINITI, as they positivity contribute towards keeping people safe on the road in line with Dubai’s traffic safety strategy.”

INFINITI’s ‘Eyes on You’ campaign is closely aligned with the Dubai traffic safety strategy to reduce road fatalities by 1.5 for 100,000 population by 2021.

About INFINITI
INFINITI Motor Company is headquartered in Yokohama, Japan, with operations around the world, including regional offices based in the Americas, China, and INFINITI International Markets based in Dubai. The INFINITI brand of premium automobiles are assembled in manufacturing facilities in Japan, North America, and China. INFINITI design studios are located in Atsugi-Shi near Yokohama, London, San Diego, and Beijing.