Dubai, United Arab Emirates,  (AETOSWire) – eXTREMESLAND Asia is proud to announce the 2020 edition of ZOWIE eXTREMESLAND CS:GO Middle East Asia Championship! Set to start on 5th February, registered open qualifier teams will face off in an open single elimination bracket. The top four teams will move on to the playoffs and meet the four invited teams for a chance to win the top prize of US$1,000 and title of Middle East champion! 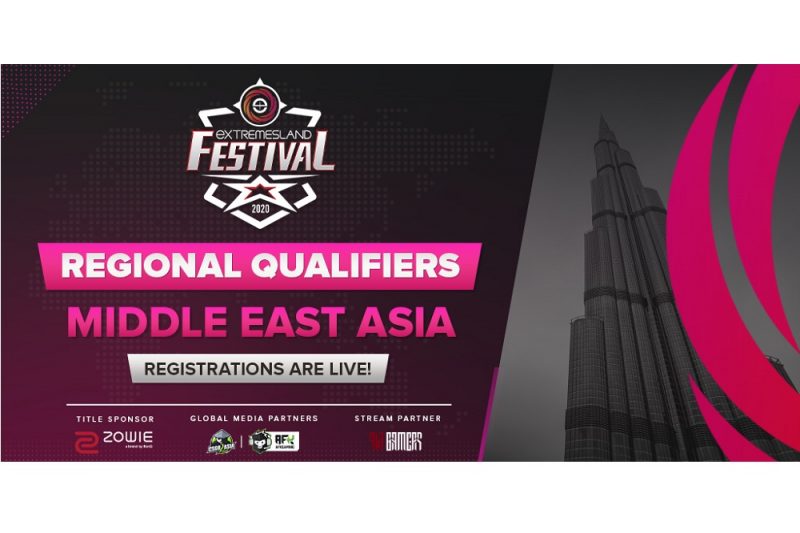 Middle East is a region full of talented teams and players, and we are happy to continue supporting the region as they fight for a position in the global CS:GO circuit. For ME, first place will be US$1,000, and second place is US$500.

Open qualifiers are still open for registration. Interested teams can register via FACEIT. Registrations are open until January 31st 2021, 02:00 +04.

This year, four invited teams in eXTREMESLAND are the force to be reckoned with. We are happy to announce the following teams have accepted invitation: Yalla eSports, Sangal eSports, Nasr Esports & For Glory eSports.

The regional online format, while not ideal, is the next best option to fulfill our mission of giving teams in APAC a fair and open competition platform. We have decided on five distinct regions: South East Asia, South Asia, East Asia, Oceania & Middle-East