An individual Guinness world record attempt to cross the UAE by foot in under 7 days, taking a 650km route through all 7 emirates.

This weekend, British expat Sean Burgess will embark on a 650 KM journey from one side of the UAE to the other in an attempt to break a Guinness World Record and for a charitable cause. The route will take him from Al Ghuwaifat on the Saudi Arabian border to finish on the Fujairah coast, passing through each of the seven emirates on the way.

With the support of adidas, Sean will be running and walking for up to 18 hours a day to finish within 7 days to claim the Guinness World Record for the ‘Fastest crossing of the United Arab Emirates on foot’. Sean will be raising money for Soft Power Education, a Ugandan charity whose purpose is to change the lives of children with determination in some of the country’s poorest areas. 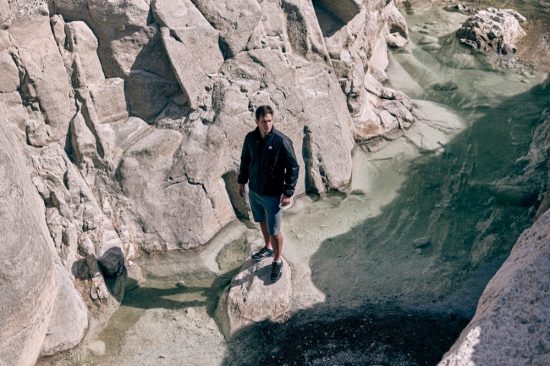 The challenge starts at Al Ghuwaifat where the UAE and Saudi borders meet. From the start, the route follows the E11 highway up the coast, through Abu Dhabi, Dubai, Sharjah, Ajman to Umm Al Quwain.  The route then crosses from coast to coast, passing through the Ras Al-Khaimah emirate, before going over the Hajar mountain range to finish in Fujairah. Altogether, the 650 KM route will travel from the west to the east of the UAE, passing through all seven emirates.

The challenge will support Soft Power Education which is a British registered charity and Ugandan NGO who support the most disadvantaged children in some of the country’s poorest regions. This charity work includes a Special Needs Program that works with children with determination who are often ostracized from society and aims to help them realise their individual potential. The monies raised by Sean through the challenge will go towards this program, whilst also supporting the incredible work this charity does in Uganda. 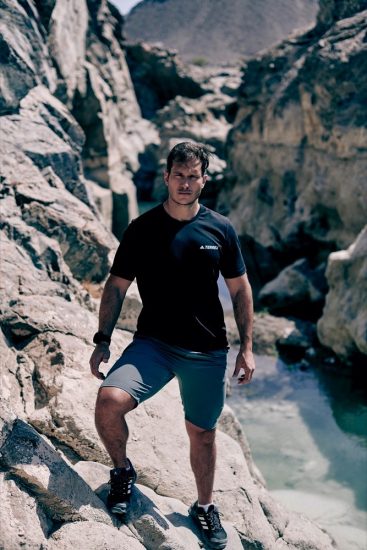 adidas has long supported the community of runners in the region and continuously encourages the community to prioritise physical and mental health and to take on running as a source of release. As a brand, adidas has a goal to cultivate a sense of positivity and accomplishment within the running community and to support anyone with an urge to take on any running challenges – whether big or small.

Sean Burgess is a British expat who has lived with his wife in the UAE for 7 years. He is Co-Founder and Chief Operating Officer of Emirates HR (www.emirateshr.com), a HR & Payroll technology start-up that is designed specifically for UAE companies.

Several years ago, Sean committed to complete an epic challenge each year. The aim was to push himself physically & mentally and inspire others. Since 2018, he has climbed Mount Kilimanjaro, swum in the Bosphorus Cross Continental race and in the summer completed 3 marathons in a single day. This year, he’d also committed to the Marathon Des Sables, however this has been delayed until 2021 due to COVID, which is why the 7 Emirates Challenge was brought forward.