KASHKHA, a leading modest fashion brand, and the Fujairah Social and Cultural Association, have joined hands to recognise and honour women who are making a valuable contribution to the economy and the country. These are women who are playing a remarkable role in the UAE society be it in the field of culture, sports, environment, healthcare, human welfare, public life, art or literature.

Mr. Khaled Aldhanhani, Chairman of Fujairah Social and Cultural Association, stated, “We are proud of these inspiring women who are special in every way. They have pushed boundaries to reach new heights in their careers while making a difference to communities and people around them. They have boldly forged their way to the top of their industries and have made their mark as pioneers and role models.” 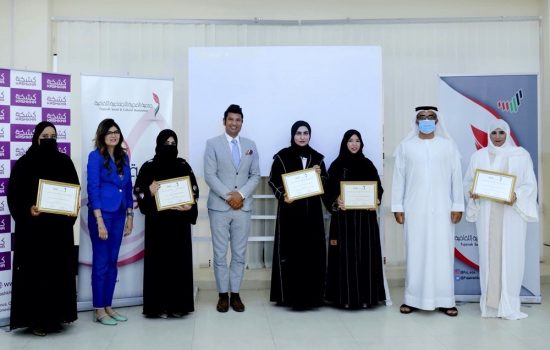 Highlighting the significance of the award, the Kashkha Management, said, “The UAE is home to hugely talented and successful women who not only work in demanding roles but often juggle enormous responsibilities while extending support to social and humanitarian causes. The Fujairah Social and Cultural Association and KASHKHA Awards is an attempt to recognise and celebrate the achievements of these women and their positive impact on the wider community.”

Ms Wafa Ahmed Rashid Khamis Ali Al-Antli, stressed, “Winning the Fujairah Social and Cultural Association & KASHKHA Excellence Award is not only a privilege but a responsibility. Throughout my career, I have sought to work with compassion, collaboration and confidence. The award reinforces my determination to support people around me and help them believe in their capabilities.”

Ms Aisha Abdullah Saif al-Kaabi said, “I hope to be source of inspiration for women, and want them to believe that they can achieve the impossible. Knowledge and information are the keys to empowerment.”

Ms Halima Muhammad Ali Abdullah Al-Yamahi, said, “I would like as many women as possible to find the same joy, freedom and fulfilment from work that I have. Everyday I see incredible brilliance around me and I can only see a better future for all.”

Ms Ghada Mahmoud Abdul Ahlla Mohamed Alzaabi, said, “I believe that collaboration is the key to making major advancements. Together we can turn dreams into reality.”

Maryam Ali Abdullah Makhlouf, said, “The world has changed a lot in 2020 and we must all extend our support to those in need. It is our collective responsibility to rebuild the future.”

The selection process of Fujairah Social and Cultural Association & KASHKHA Excellence Award is simple and transparent. The recipient is awarded on the basis of doing something exemplary that qualifies her to be a role model for others. No individual can be recognised two years in a row neither is it open to any Kashkha employees. 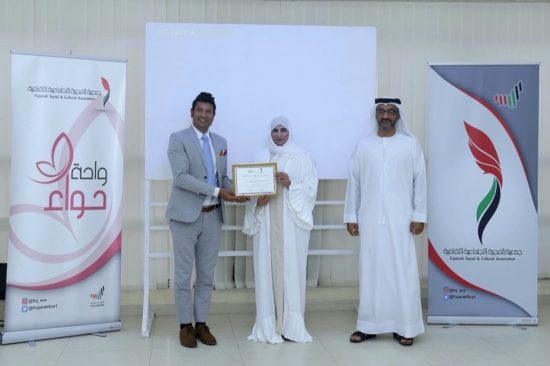 Wafa is a Ph.D. in Literature and Criticism from Al Wasl University with excellence. Prior to that she completed her Masters’ from Al Wasl University and Bachelors’ in Arabic Language from the United Arab Emirates University. She also holds an SME Diploma from Future Academy Malaysia. Over the years in addition to her numerous accomplishments she has been tirelessly working for community service projects and other human welfare initiatives.

(Founder and Director of the Foundation of the Fujairah Social Cultural Association, which deals with human and community initiatives, which emanate from many humanitarian initiatives, lectures and seminars on human solidarity and stand with all segments of society, we are equal to humanity (people with concerns, patients, social problems, orphans, senior citizens, down syndrome, cancer fighters, patients with medical errors, patient visits, and places of solace) leading community and humanitarian solidarity and supporting them.

To name a few:

Aisha holds a Bachelors’ degree from the University of the United Arab Emirates – Faculty of Humanities and Social Sciences (Arts). Soon after she joined the Fujairah Branch of the National Bank of Abu Dhabi gaining valuable experience in corporate communications. Working in accordance with the vision of the country’s wise leadership and fulfilling the tasks required of UAE citizens, she progressively grew in her career. In 2005 she joined Al Bayan Newspaper – Dubai Media Corporation and currently works as the director of the office of the publication in Fujairah. Aisha covers the interior councils during Ramadan and is a recipient of the Medal of Community Service from The Minister of Interior, His Highness Sheikh Saif bin Zayed al-Nahyan.

Aisha also has the distinction of being the ‘first editor’ who edited and covered the news of Fujairah and the east coast, both economic and cultural, as well as attended and covered international meetings outside the country, such as:

During her journalism career, Aisha trained many media students and new graduates from number of universities such as Sharjah University, Ajman University and Al Jazeera University to provide them with practical skills for their professional arena with greater confidence.

Halima is an Employee at the Ministry of Interior Fujairah engaged in government services for the public as well as the Public Sector. She has also been involved in organising handicraft exhibitions and other welfare and social initiatives.

During her career Halima has been recognised and honoured by several prestigious awards for her contribution to society such as the following:

Ghada holds a Masters’ degree in Strategic Management and Leadership from University Horizon Faculty. She also completed a Nervous Language Program from Khalifa Center for Social and Administrative Development as well as a Bachelors’ degree in Psychology from the United Arab Emirates University.

Ghada has a strong experience and is currently the director of Fujairah Center. One of our key achievements has been the creation of a news and cultural centre to organize sports activities and fitness programs for the youth. As part of the role she spent nearly seven years in administrative and accounting functions and organization of activities.

Ghada was formerly associated with the Department of Heritage and Antiquities – Fujairah Board for Tourism and Antiquities. She also made tremendous contribution to field trainings and development of human resources at the Technosphere Center in Fujairah.

Despite her busy schedule, Ghada has been passionately engaged as a volunteer in community and social welfare services. To name a few she participated in more than 30 responses to combat COVID-19; Special Olympics Host Cities Program in Fujairah, Charity Exhibition 09 for the year 2017, World Government Summit, Civil Defence Department, Mobilization Hall for the Ramadan Aman campaign, managing electoral centres for the Federal National Council elections in two rounds 2015.

Ghada has been responsible for coordination and supervision of more than 3000 activities since 2012 to date. Prominent among these have been:

She has over 28 years’ experience in the academic field and holds a Bachelor of Arts / Geography degree from the United Arab Emirates University.

She also has a professional trainer certificate as well as a diploma of educational advisor.

During the course of her career, Maryam has held several important positions in the educational councils such as the following:

Established in 2003 in the UAE, Kashkha is a leading international retail brand for contemporary Arabic fashion. Weaving tradition with modern style, Kashkha offers a superb range of women’s clothing for every occasion with a wide selection of Jalabiyas, Hijabs, Modest Fashion, Nightwear and Maternity Wear. With over 30 stores in all the major shopping malls across the UAE, France, Singapore, Oman, Qatar, Malaysia, Indonesia, Djibouti, Morocco and Lebanon, Kashkha is committed to provide its customers an outstanding experience with superb quality and attention to details. 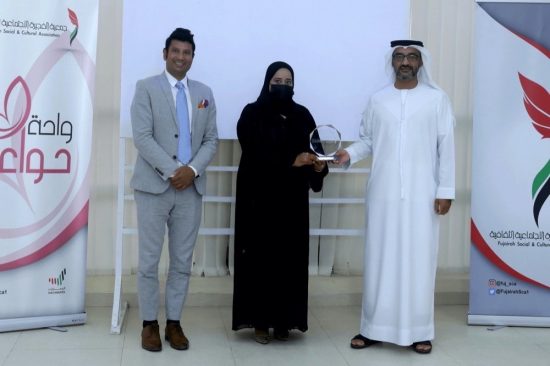