The proceeds will be donated to the AIP Foundation, a non-profit organisation taking care of projects to increase road safety – in particular for pedestrians, cyclists and motorcyclists – in Southeast Asia

United Arab Emirates, Dubai – April 6th, 2021 – An exclusive Pirelli Formula 1 tyre with the Italian flag on the side has been signed by all members of the Luna Rossa Prada Pirelli sailing team and has been auctioned today through the online silent auction platform 32auctions.com.

The proceeds from the auction , which can be accessed here, will be entirely donated to the AIP Foundation: a non-profit organisation that has been involved for years in promoting road safety projects ­– in particular for pedestrians, cyclists and motorcyclists – in low and middle-income countries such as those of Southeast Asia. 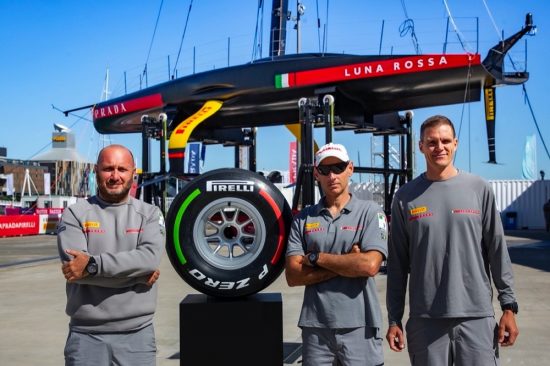 The AIP Foundation, founded in 1999 by Greig Craft, is an organisation with 22 years of experience behind it. The foundation currently operates in Vietnam, Cambodia, Thailand, Myanmar, Philippines, India and China, with projects dedicated to education, road safety (particularly in schools) and production of safe yet low-cost helmets for local populations, with the involvement of disabled workers.

The Luna Rossa Prada Pirelli Sailing Team, winner of the PRADA Cup, has raced in New Zealand led by Team Director and Skipper Max Sirena at the 36th America’s Cup presented by PRADA: the world’s oldest sporting trophy and the most coveted on the international sailing scene

Founded in Milan in 1872, Pirelli has become one of the world’s largest tyre manufacturers in its 144-year history, with a focus in the high-end range. Through its commitment to R&D, its products are synonymous with Italian excellence in the world, where Pirelli counts 20 tire factories – including the US plant of Rome, Georgia – and a commercial presence in 160 countries. Successfully competing in motorsport since 1907, Pirelli is currently the exclusive supplier of the Formula 1 championship, the Superbike world championship, and many single marque championships around the world.