THE 40 THIEVES: PODCAST SERIES SEQUEL TO ONE OF THE ARAB WORLD’S MOST FAMOUS TALES

Finyal Media, a regional podcast network that focuses on storytelling podcasts across MENA, has launched an all-new drama podcast series throughout the month of Ramadan – The 40 Thieves. The original sequel to one of the Arab world’s most famous tales, Ali Baba and the Forty Thieves, will feature brand-new stories with a contemporary take and promises plenty of revenge fuelled drama. The series is available exclusively on Deezer during the holy month, before being rolled out on all other podcast platforms.

When the infamous gang of thieves manage to kill their old foe Ali, his young daughter Shaden embarks on a quest for vengeance, swearing that she will hunt down each and every one of them to enact her revenge. The series ensues her violent and rage-filled journey to avenge her parents’ death with Shaden seeking out and finding ways to get to each of the thieves, who have now scattered across the world and each come with a unique obstacle to tackle.

The strong willed female protagonist, Shaden, is an original character for the series who was developed from scratch. The revenge tale of 40 Thieves fully puts the female character at the centre of the series and highlights the role of strong and independent women, a modern twist to traditional stories in the Arab world. 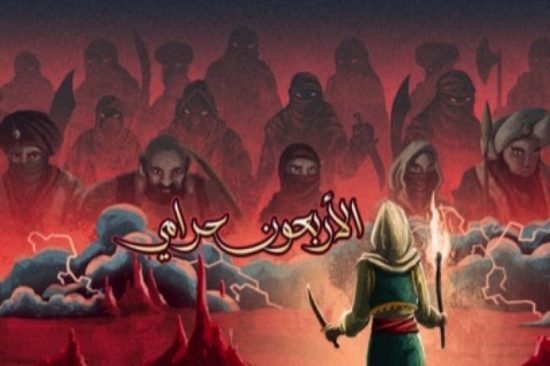 The new show is the latest in Finyal Media’s series of modern adaptations of classic Arabic tales, with previous series including 1001 Nights, Juha and Sindbad. 40 Thieves will be the first serialised show with multi-episode story arcs, rather than standalone episodes, making it even more immersive and innovative than any of its previous. Following the incredible successes of the previous two Ramadan series – 1001 Nights in 2019 and Juha in 2020 – which became the top-ranking podcasts during Ramadan across the MENA region for the past two years, this latest Ramadan series is set to be one of the biggest shows of 2021.

Mshari Alonaizy, Co-Founder and Chief Creative Officer of Finyal Media, said: “Telling stories with a modern take on classic tales that our listeners know and love is something we love to do at Finyal Media. Bringing these characters and folklores into the 21st century gives them a new lease of life whilst still keeping them authentic and true to the originals. This original series takes place after the famous Ali Baba and the Forty Thieves story and is even more exciting as the stories and characters are completely new. We hope listeners will be able to immerse themselves into the drama and the adventure and continue to be kept entertained throughout the holy month.”

Episodes are now live with a new episode continuing to be released every other day until Eid Al Fitr with 15 episodes in total for season one. The show is available to listen to exclusively on Deezer during Ramadan, following which it will be available on all other podcast platforms.

Finyal Media is an award-winning podcast network which provides immersive audio experiences for young Arab listeners across MENA. The company’s mission is to tell stories that help young people reconnect with the Arab world. Finyal Media’s stories bring the region’s culture and heritage to life and range from adaptations of classic stories like 1001 Nights, Juha and Sindbad, which have been re-written for a modern audience, to historical narratives which look at the incredible stories of Arab cities.

Through their podcasts, Finyal Media reach young Arabs in a medium that is digital and on-demand. Their shows have become hit sensations with young audiences, having achieved over 5 million downloads in the Arab world and five #1 hits on the Apple Podcasts charts.  Finyal Media was launched in 2019 by three podcast enthusiasts Mshari Alonaizy, Majid Al Qassimi, and Leila Hamadeh.