Renewable & Clean Energy will debut as the theme for Middle East Energy’s inaugural virtual focus week on 17 May 2021, as research from Informa Markets revealed 83 GW of renewable and clean energy capacity, mainly solar and wind power, is planned across the Middle East and North Africa (MENA) region within the next 20 years, and more than AED 55 billion of solar power projects are expected to become operational by 2026.

The figures were highlighted as the Middle East is set to become a market leader in renewable and clean energy due to well-designed auctions, favourable financing conditions, and declining technology costs, all contributing to bringing renewables into the mainstream.

Claudia Konieczna, Exhibition Director, Middle East Energy, said: “We expect renewable and clean energy to account for 34% of total power sector investments across the MENA region in the next five years.

‘”Naturally, with the demand for new power capacity increasing in the region, one of the hot topics of discussion is renewable and clean energy and how countries are advancing initiatives in this sector. Creating dialogue on this subject is paramount to supporting Middle East Energy’s attendees in all future decision-making processes.”

In the GCC, the UAE remains a leader in energy transition thanks to a robust pipeline of developments. These include the 2GW Al Dhafra solar power project in Abu Dhabi, which will eventually power 160,000 homes, and the 1.5GW PV3 project, also in the capital. 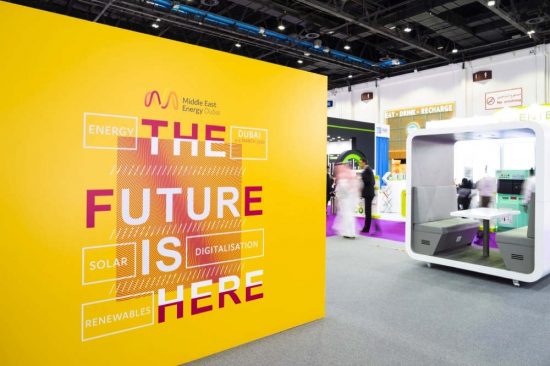 In Dubai, the fourth and fifth phases of the Mohammed bin Rashid Al Maktoum (MBR) solar facility are under development. Once completed, the MBR plant will be the world’s largest single-site solar installation, with a planned total capacity of 5GW when fully operational by 2030.

Putting those figures in context, 1GW is equal to 3.125 million photovoltaic panels.

The importance of the renewables and clean sector, and the anticipated growth, was recently underscored in the report “COVID-19 Impact on Renewable Energy Market – Global Forecast to 2021”. The findings revealed revenue generated from renewable and clean energy is expected to increase from AED 675 billion in 2020 to AED 829 billion in 2021, representing a 22% increase.

“In line with these findings, we have developed a conference programme which provides the opportunity to discuss, debate and learn more about the impact renewable and clean energy will have on the sector as part of our virtual three-day conference,” added Konieczna.

The virtual Renewable & Clean Energy sector week, which takes place from 17-19 May, will feature a range of tech talks, industry briefings, case studies, product demonstrations and panel discussions throughout the three-day conference.

Ian Williamson, Chief Project Delivery, Red Sea Utilities, and speaker on third day leaders panel, Integrating Renewables into Electricity Networks, said: “We will be able to evidence that tourist destinations, even at this scale, can be 100% powered by renewable energy. Eventually Nations will have their energy grids powered from renewables and nuclear, but in the meantime, we can achieve 100% renewable energy for The Red Sea project while staying ‘off grid.”

“We started with the ambition of having 100% renewable energy sources for The Red Sea project, and we are delivering on it,” he added. 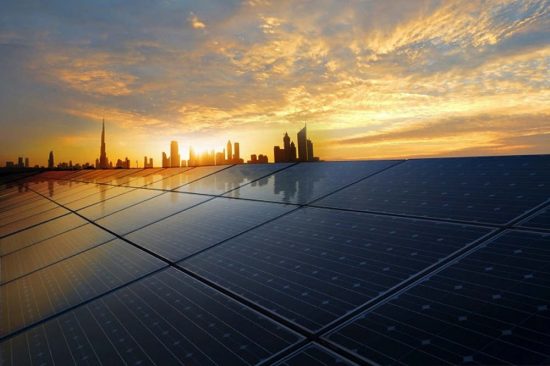 Topics on day one include ‘Realising the potential of green hydrogen – will this be the game-changer for the energy transition’. On day two, leading the agenda will be ‘Race to net-zero: How will the corporates transition towards the “New Energy” scenario’. On the final day, ‘Exploring the opportunities around growing wind sector, in potential regions of UK, Africa, Asia and the Middle East’, will take centre stage.

The focused sector week is the first of a four-week series of online events brought by Middle East Energy from 17 May until 9 June 2021, featuring: Renewable & Clean Energy, Transmission & Distribution, Critical & Backup Power and Energy Consumption & Management.

By catering to the entire product spectrum of the power industry, from critical and backup power to energy storage and management, year after year, the event attracts a more diverse audience of professionals seeking to source products from multiple sectors, drive cost-effectiveness and efficiency, and move projects forward.

MEE has been an essential part of the Middle East’s economic expansion, connecting business and introducing new products to the region to build infrastructure, real estate, and commerce.

MEE is now helping governments, organisations and SME’s diversify the generation and supply of energy and build a sustainable future.