Gambling is a process in which two or more people compete with an agreement that the winner gets the loser’s money. There are many different forms of gambling. It may be a prediction game like slots and roulette. A competitive game like poker. Betting on a future event like sports betting.

Most of the time, gambling is based on a future outcome that no one knows. It includes risking money to get a profit.

In fact, gambling has some common features with commercial activities! Both gambling and trade depend on risking with money to get more money! They also depend on the competition. in addition to that, trade and gambling can make a person rich or poor according to his behaviour! As for the luck factor, it is also common in both fields. A trader may be luckier than others, make more sales, and make more profits just because he has better luck than his rivals!

The most important difference between them is that gambling is very fast, while trading requires a lot of time. That is, profit in trade requires effort, and the loss comes as a result of a set of rational reasons. In addition, the profit in trade coming from an interest obtained by all parties involved in the process and not from the losers’ money.

On this basis, Islamic law confirmed that gambling contains some benefits (the things in common with trade). However, its harms are greater than its benefit, so it is absolutely forbidden. 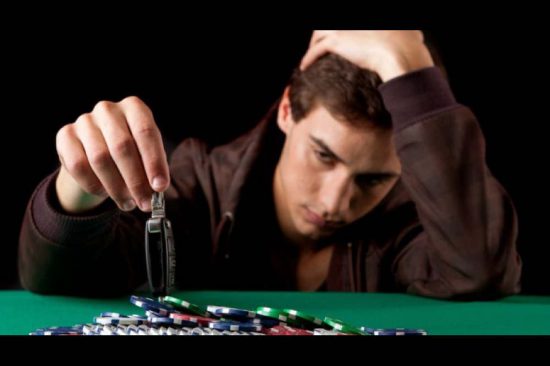 Were the Arabs playing gambling before Islam?

In addition to that, the pre-Islamic Arabs, if they wanted to do something but were hesitant towards it. They were using the “Nasab”, which are small pieces of wood some bear the word “Do” and some bear the word “don’t”, then they mix them in one bottle, and ask a child to choose one piece. If the chosen one is “do” they make the decision, and vice versa.

According to many historians, many Arab tribes fought each other for many years because of gambling! For example, a fierce war occurred between the Dahs and Al-Ghubra tribes and lasted for more than 40 years due to cheating that occurred in a horse race that the two tribes were betting on!

Then after Islam, all forms of gambling have forbidden, because they cause losses, hate, and cheating. Even Arab games that existed in the pre-Islamic era no longer exist and no traces of them remain.

Are there situations in which gambling can be allowable?

Although gambling is strictly prohibited, there are many exceptions. For example, mobile companies in all Muslim countries run contests that involve betting on credit units to obtain more units, cash prizes or large gifts.

In addition, charitable lottery games (such as the UAE lottery) are permissible; because these games aim to support poor people. Where the winner receives a prize of only 1%, while poor families get 99% of the total value of bets. Many other Arab countries organize charitable lotteries, such as Jordan, Egypt, Morocco, Tunisia, and Lebanon.

Likewise, famous gambling brands (like Bet365) make huge donations to charities around the world as part of their humanitarian role and social responsibility towards the poor people who only find help from such bodies.

You can also take part in this good! If you have a lot of money over your needs and want to enjoy it in an exciting activity such as casino games or sports betting, but you do not need to use the profits. Then you can donate it to needy people. So, you will have got rid of the damages of gambling and provide a benefit to others!

Gambling is an essential part of many nations’ economies

Gambling is one of the pillars of the economy in many countries. For example, the US state of Las Vegas, the Chinese province of Macau, and the British neighbourhood of Mayfair … the economy of all these places mainly depend on gambling.

All the people who work there in hotels, restaurants, hospitals, schools, and cafes get paid with money that gamblers willingly pay while they are enjoying the games! If you want to know more info about gambling, you can visit the best UAE online casino!