As part of the 18th edition of Abu Dhabi Festival, held under the theme ‘The Future Starts Now’, and supported by the lead partner Mubadala Investment Company (Mubadala), the Abu Dhabi Music & Arts Foundation (ADMAF) launched the 6th edition of its Riwaq Al Adab Wal Kitab Initiative at the Abu Dhabi International Book Fair. The initiative aims to promote intellectual growth and celebrate Arab literary creativity, and to support authors, writers the UAE publishing industry through strategic partnerships with organisations such as the Emirates Writers Union and Emirati publishing houses such as Nabati Publishing House, and Hamalil Publishing House.

H.E. Huda I. Alkhamis-Kanoo, Founder of the Abu Dhabi Music & Arts Foundation and Artistic Director of Abu Dhabi Festival, said: “The Riwaq Al Adab Wal Kitab programme develops literary creativity and intellectual growth contributing to a cultural renaissance, by supporting established and emerging writers. In cooperation with not-for-profit organisations and publishing houses in the UAE, the programme works to advance cultural and creative output, especially in light of the challenges posed by the COVID-19 pandemic,” 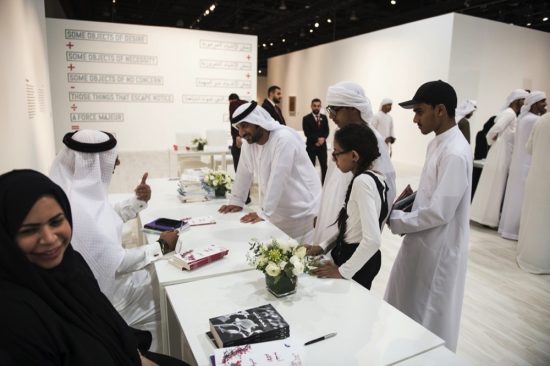 “I am pleased to announce that 13 new literary works by Emirati authors are part of the initiative’s library, which currently consists of over 60 books. This renews our commitment to cultivating the literary arts in the UAE and preserving Arabic language and cultural identity in the nation’s progressive development.” H.E. Alkhamis added.

H.E. Sultan Al Amimi, Chairman of the Emirates Writers Union, expressed his appreciation for all initiatives that support Emirati talents and connect them to their local and international readers, whether through books publication and its various platforms or through leveraging these talents by providing them interactive spaces that bring them closer to their audience across all literal, cultural, and creative forums.

H.E. also praised the cooperation between Abu Dhabi Music & Arts Foundation and the Emirates Writers Union in terms of the activities hosted by this year’s Abu Dhabi International Book Fair, especially as they, together, celebrate five new publications (in the form of signing ceremonies or panel discussions), knowing that four of them are authored by Emirati female authors, namely Najat Al Dhaheri and Sheikha Al Mutairi in poetry; Luluwa Al Mansouri and Basima Younes in story writing; as well as a publication for Mohammed Shuaib Al Hammadi in tribute for the late Habib Al Sayegh.

‘Fundamentals of Creative Writing’, a workshop on writing short and very short stories, fiction, nonfiction and poetry, will be presented by critic Sameh Kaawach and poet Ahmed Al Assim.  ‘The Fundamentals of Children’s Stories’, presented by Sameh Kaawach and Basima Younes, is a workshop on developing plots, writing narratives and building mature characters that stimulate children’s imaginations in various age groups.

The Riwaq Al Adab Wal Kitab initiative also features a poetry reading followed by a book signing with Shaikha Al Mutairi, who will read from her recently published collection, I Myself Think, and Najat Al Dhaheri reading from Used Cloud. Short story writers Basima Younes and Luluwa Al Mansouri will read from their short story collections, Planet 10 and When Earth Was Sqaure, respectively.

Sheikha Muhammad Al Jabri will talk about her new book Partly Cloudy with fellow Emirati author Salem Al Dhanhani, who will discuss his recently published Rain In the Heritage of the UAE, organised by Nabati Publishing House. In collaboration with Hamalil Publishing House, the initiative will include a discussion and book signing of Challenges With Oneself by Al Sagheera Al Ameri, Beyond Silence by Maryam Al Adan and Your Love Has Owned My Heart by Shaikha Al Mansouri. 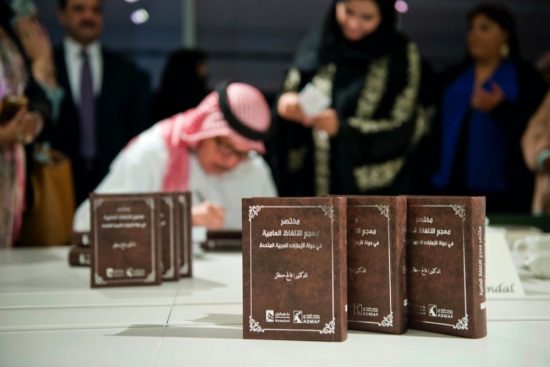 The year-long hybrid programme of the 18th Abu Dhabi Festival combines virtual and in-person performances, exhibitions and events by over 500 artists from more than 50 countries.