27 oud musicians from 14 countries, plus oud makers and historians

Supported by Lead Partner Mubadala Investment Company (Mubadala) and in collaboration with oud master Naseer Shamma, the 18th edition of the Abu Dhabi Festival, held under the theme ‘The Future Starts Now’, announced the launch of the first-of-its-kind Global Oud Forum (GOF) 2021 across its digital channels. Consisting of seven TV-format episodes, the virtual event will feature 27 oud musicians from 14 countries performing compositions written specifically for the oud.

Held between 25 March and 15 June, GOF 2021 will share insights from academics and experts in the fields of music and the arts into the history and development of the ancient oud and how the instrument is being integrated into today’s digital music industry. The forum will also show interviews with six well-known oud makers from across the Arab world, while visiting their workshops for a glimpse of the secrets of their craft. 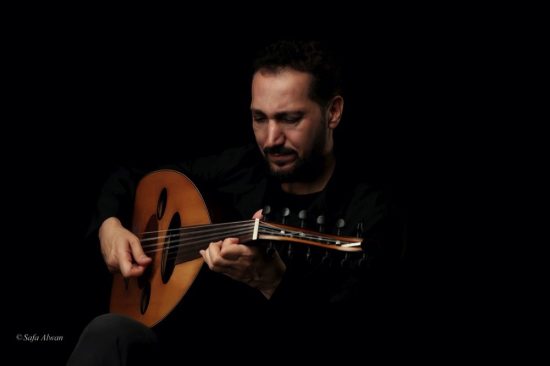 H.E. Huda I. Alkhamis-Kanoo, Founder of the Abu Dhabi Music & Arts Foundation and Artistic Director of Abu Dhabi Festival, said: “Musicians around the world have been inspired by authentic Arabic oud music, a fundamental part of our cultural heritage that has had significant impact on Western music.”

“Our strategic partnership with oud master Naseer Shamma to produce the Global Oud Forum reflects ADF’s mission to raise awareness about the critical role of music and the arts in building bridges between cultures and building a civilisation that is capable of overcoming challenges. Through the Global Oud Forum, we help preserve the traditional Arabic music that is rooted in our history and is part of our legacy.”

Naseer Shamma said, “I am proud to be working again with Abu Dhabi Festival. In this edition, the festival is reinventing itself to communicate its vision in the arts and music industry despite the impact of COVID-19, which has affected us all.”

“The Global Oud Forum combines a wide array of creative individuals to present their visions, ideas, music and innovations in the world of the Oud, a unique attempt to bring together musicians, Oud makers, researchers and critics, all in one place,” he added.

A Unique Series of Episodes

The virtual edition of GOF consists of a unique series of seven TV-format episodes designed to shed light on the works of oud makers, on innovations in the musical instrument industry, on the history and present of the oud in the Gulf region and the ways it is becoming recognised globally, and on the modern musical instrument industry, in which digital technology has transformed oud music and all the arts. 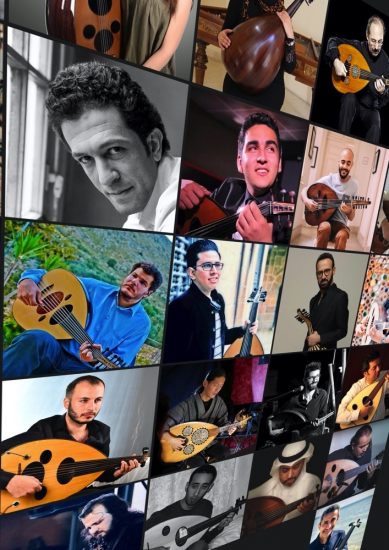 The History & Present of the Oud

Episode 1 of GOF 2021 will be held 25 May at 08:00 UAE time with performances by Bechir Gharbi of Tunisia, Faisal Al Saari of the UAE, Sadiq Jaafar of Iraq and a trio performance by Islam Taha, Eslam Abdelaziz and Salma Mokhtar from Egypt.

The episode sheds light on the craft of oud maker Amr Fawzi, who heads the Arab Oud House workshop in Abu Dhabi, and who has contributed many innovations in the musical instruments manufacturing industry. Academic writer Dr. Noura Al Mazroui will offer excerpts from her research on the past and present of the oud in the Gulf region and the means of its globalisation.

Streaming on 29 May at 08:00 UAE time, episode 2 includes performances by Yousif Abbas of Iraq, Sherine Tohamy of Egypt, Mohammed Al Attar of Iraq and Zulkarnain Yusof of Malaysia. The episode will feature a report from oud maker Omar Mohammad Fadhil filmed at his workshop in Baghdad. Researcher and composer Dr. Duraid Fadhil Al Khafaji of Iraq will provide excerpts from his research on the development of the oud since the beginning of the twentieth century, offering solutions for protecting the intellectual property of both composers and oud musicians in the Arab world.

Scheduled for 1 June at 08:00 UAE time, episode 3 brings together performances by Hazem Shaheen and Mohammed Abozekry of Egypt, Ahmad Shamma of Iraq and Fateen Kanaan of Syria. It also features a report on modern day pioneers in the oud making industry from Fawzi Monshed in his Basra, Iraq, workshop, as well as an overview of music in the digital world presented by academic researcher Dr. Ahmad Al Hinnawi.

On 5 June at 08:00 UAE time, episode 4 will feature performances by Nehad El Sayed of Egypt, Ashraf Awad of Sudan, Naochika Sogabe of Japan, and Jalal Kassam of Syria. The episode interviews Damascus-based oud maker Huosain Sabsaby and offers insight from Sami Naseem on how best to leverage digital technology in oud music. 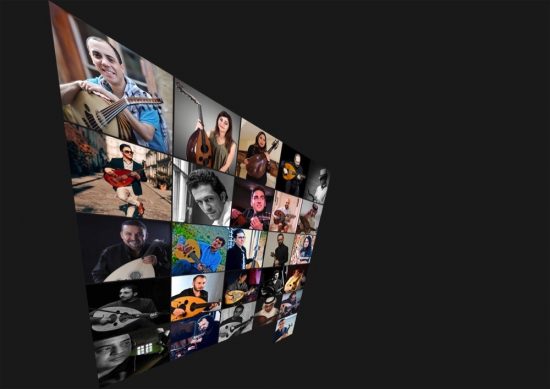 Episode 5, streamed on 8 June at 08:00 UAE time, will offer performances from Driss El Maloumi from Agadir, Morocco, Berlin-based Syrian artist Nabil Hilaneh, Alaa Shaheen from Amman, Jordan, and a duet between Somar Al Naser of Syria and Bacem Yousfi of Tunisia, both based in France. The episode will shed light on the craft of Lebanese oud maker Nazih Ghadban, and Dr. Mourad Al Sakli will present the findings of his research on the oud and its journey in an ever-changing environment of modern music and technology.

On 12 June at 08:00 UAE time, episode 6 will present performances by Necati Çelik from Istanbul, Hisham Errish from Tripoli, Hashem Qallaf of Kuwait and Zain Al Marhabi of Saudi Arabia. The episode will shed light on the work of Ya’aqoub Jasim, an oud maker from Kuwait, with writer and academic Dr. Fahad Mohsen Al Bathali from Kuwait speaking about the influence of digital technology on art.

The GOF 2021 concludes with an episode featuring three performances by Naseer Shamma, who will also speak on the challenges presented by the global pandemic and on the value of the research presented in the Forum and what brought these particular participants to this edition of the Forum.

Visit AbuDhabiFestival.ae for more information about the Global Oud Forum and OudForum.com where the full brochure for the forum can be downloaded.

The year-long programme of the 18th edition of Abu Dhabi Festival combines a unique hybrid programme of virtual and in-person performances, exhibitions and events by over 500 artists from more than 50 countries. 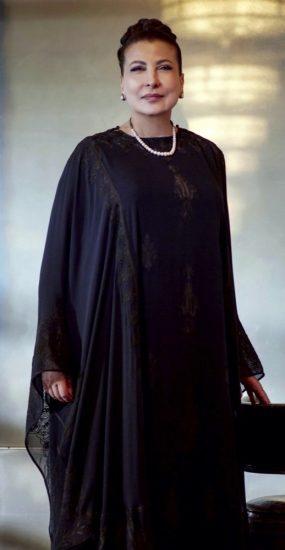