27th May, 2021: Tomorrow marks one hundred and three years since the establishment of the Azerbaijan Democratic Republic. This is a great historic event for the Azerbaijani people, who were looking to build an independent, free and democratic republic. Especially since the Azerbaijan Democratic Republic has regained the national consciousness of the people and demonstrated its ability to determine its own destiny in just 23 months of its activity. As can be seen from the Declaration of Independence – the Treaty adopted on May 28, 1918. 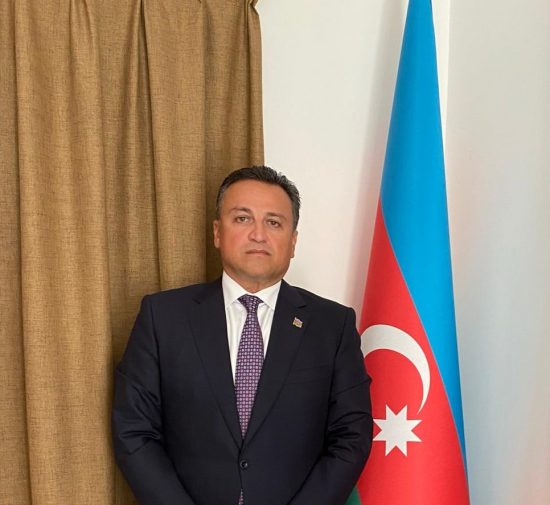 H.E. Javidan Huseynov, the Consul General of The Republic of Azerbaijan in Dubai, commemorated the event stating that, “The newly established Azerbaijan Democratic Republic has honorably fulfilled its difficult historical task. The first Parliament and Government of Azerbaijan, the state apparatus were organized, the country’s borders were defined, the flag, anthem and coat of arms were created, the mother tongue was declared the state language, serious measures were taken in the field of army building, special attention was paid to education and culture. The first university of Azerbaijan was established, education was nationalized, and in the following years, exceptionally important work was done in terms of the history of public opinion, preparing the ground for the cultural development of the people.

“From the first days of its existence, the Azerbaijan Democratic Republic, based on the principles of people’s power and equality of people, has eliminated racial, national, religious and class inequality by giving equal rights to all citizens of the country. Thanks to the activities of the People’s Republic recognized by the world community, the fact that our country is a subject of international law prevented the erasure of Azerbaijan as a state from the political map of the world after the Bolshevik occupation in April 1920”. H.E added.

Azerbaijan regained its independence at the end of the 20th century and managed to preserve its sovereignty. Returning to power, national leader Heydar Aliyev took decisive measures to protect the statehood of Azerbaijan and established lasting socio-political stability in the country. Thus, the modern independent Azerbaijani state, a masterpiece of Heydar Aliyev, was established and embarked on a path of rapid development.

“Our great leader has repeatedly stated that if we build and build a democratic Azerbaijani state today, we are indebted to the Democratic Republic. Highly appreciating the place and role of the Azerbaijan Democratic Republic in our history, Heydar Aliyev said: “We cherished the day of the establishment of the first Democratic Republic and declared it the Day of State Independence of Azerbaijan – Republic Day, and this is our national holiday.””. He elaborated.

“Despite 30 years of occupation and large-scale destruction and devastation on the liberated territories, Azerbaijan is ready to look to the future – to plan its future as part of an integrated South Caucasus region”. He concluded.

As the President Ilham Aliyev said in one of his speech: “We hope that the time will come that we will indeed talk about active cooperation in the South Caucasus and integration. We already made significant proposals and initiatives, which are reflected in the trilateral statement of November 10, 2020, particularly with respect to the opening of communications and opening new transportation corridors.” This shows once again that Azerbaijan planning and looking for new development prospectives and cooperation in the South Caucasus region.