OMEGA to serve as Official Timekeeper at the Wanda Diamond League in Doha, Qatar

World athletics is well and truly back on track, with the second leg of the Wanda Diamond League set to take place in Doha on 28th May 2021.  As always, OMEGA will take up its role as Official Timekeeper in service of the top track and field athletes as they compete on the international stage. The luxury Swiss watch brand is following the league around the globe, providing precision at 14 separate events in 11 different countries.

The highly competitive series consists of 13 events and a grand final, with winning margins measured in microseconds. Fortunately, the Diamond League’s rising stars can rely on OMEGA’s signature Swiss precision. The brand will also serve as Official Timekeeper at the eagerly awaited Tokyo 2020 Olympic Games, marking its 29th time in the distinguished role. 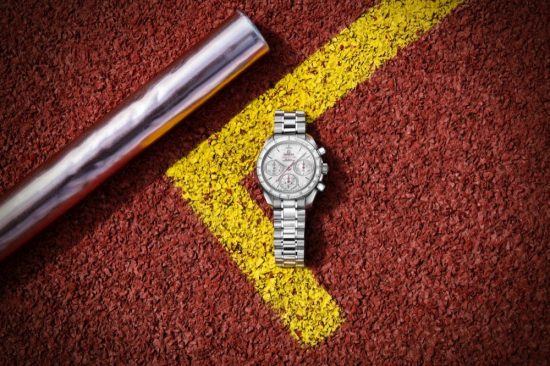 Commenting on the 2021 league, President and CEO of OMEGA Mr. Raynald Aeschlimann expressed his admiration for the determination of the athletes. “Even though 2020 was a challenging year for global sport, these young athletes have stayed positive, motivated and ready to compete at the highest level. I have great respect for their commitment to excellence and we’re proud to record their performances as they tour across the world giving their absolute best.”

OMEGA has been the Official Timekeeper of the Diamond League ever since the event started in 2010. In addition to its timekeeping and data handling activities at many of the world’s highest-profile sporting events, including the Olympic Games, OMEGA has developed and launched much of the key technology in sports timing, including state-of-the-art motion sensor technology to enhance spectator experience.