GET READY TO RUN FOR THE OCEANS AT THE POINTE, PALM JUMEIRAH

On May 28, adidas x Parley Run for the Oceans returned for a fourth year, continuing its commitment to urgently address the potentially devastating levels of marine plastic pollution in the oceans.

In support of this global campaign, adidas unveiled on Friday, May 28th a floating walkway on the waters at The Pointe, an iconic waterfront dining and entertainment destination on Palm Jumeirah. The floating track stretches 250m across the waters, and is accessible from the eastern side of The Pointe, with the entrance in front of LadBurger.

To access the walkway, passers-by are invited to scan a QR code displayed at the sign- up station located at the entrance to the walkway which will direct them to the adidas Running app https://adirun.app/Pirn allowing them to join the Run For The Oceans challenge and kickstart it at The Pointe. Early sign-ups are encouraged to get the chance to win a free Run for the Oceans t-shirt, as stocks are limited.

Educational touchpoints are positioned along the walkway where passers-by can learn more about adidas and the Parley movement.  In addition, the touchpoints will help them to better understand the importance of uniting together to end plastic waste pollution and the kind of impact each kilometer ran can make.

The walkway will be open to the public daily from 6 PM to 12 AM, and if you are lucky enough you will be able to catch The Palm Fountain show from close range. To make your experience exceptional, every hour after the musical fountain, there is an adidas announcement with a spectacular custom show. 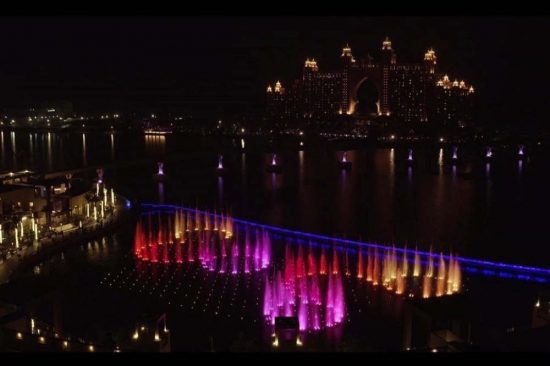 adidas and Nakheel are no strangers to promoting sustainability, with Nakheel committed to a wide range of sustainability initiatives across its developments. Since 2015, adidas has made more than 30 million pairs of shoes with Parley Ocean Plastic – plastic waste intercepted on beaches and coastal communities, preventing it from polluting the oceans. The walkway constructed further emphasizes, adidas and Nakheel’s efforts in working closely for a more sustainable Dubai.

Commenting on this initiative, Gail Sangster, Assets Director at Nakheel, stated “We are extremely excited to host this incredible initiative at The Pointe to help raise awareness of marine plastic pollution and to inspire residents to become active changemakers in this space. In line with our ongoing sustainability efforts, Run for the Oceans marks another great addition to an exciting line-up of sustainable initiatives such as the monthly beach clean-ups at The Pointe, Nakheel’s community clean-ups at parks and natural sites and our unwavering efforts in the preservation of marine life across our oceans and sanctuaries.” 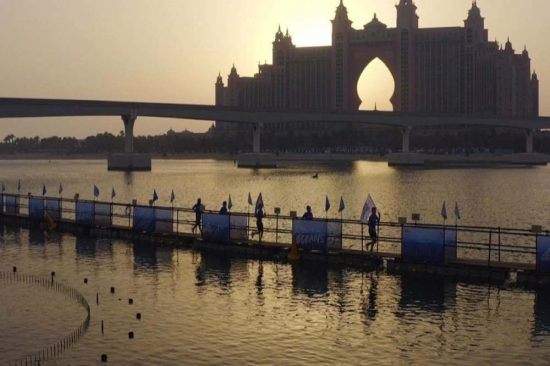 In April 2015, adidas announced a partnership with Parley for the Oceans, an organization that raises awareness about the beauty and fragility of the oceans. As a founding member, adidas supports Parley for the Oceans in its education and communication efforts, as well as its comprehensive Ocean Plastic Program (led by the AIR strategy: Avoid, Intercept, and Redesign) that intends to end plastic pollution of the oceans.

Thanks to runners worldwide, adidas has repurposed plastic waste from the land and oceans into over 30 million pairs of shoes, driving towards the brands’ bold ambition of using only recycled polyester in its products by 2024. Last year (2020), more than half of the polyester used in adidas products will came from recycled plastic waste.