The premier takes place at Dubai Opera this Autumn and for the first time in Dubai, Royal Ballet Ballerina Pietra De Mello-Pittman is to perform. The show seeks to recount the story of a land that while may have been transformed by industry, is instilled by inspiration from the natural surroundings and brings people together to embrace a future of collaboration and community.

Pietra and Ella have dedicated their lives to cross-cultural, multi-disciplinary, global collaborations spotlighting and celebrating different cultures through the arts. Their productions have been viewed and celebrated by millions all over the world; their mission is to tell stories focusing on mental and physical well-being and ecological awareness, with the aim to affect individuals into cultural and social change.

With foundations set in classical fine arts training and a combined creative industry experience of 35 years, they have collaborated with the world’s best artists and created ground-breaking sell out successes. Earlier this year, Pietra and Ella were awarded MBEs for ‘Services to International Trade and to the Creative Industry’ in the New Year Honours list recognising their achievements in promoting global commerce and ideas exchange. 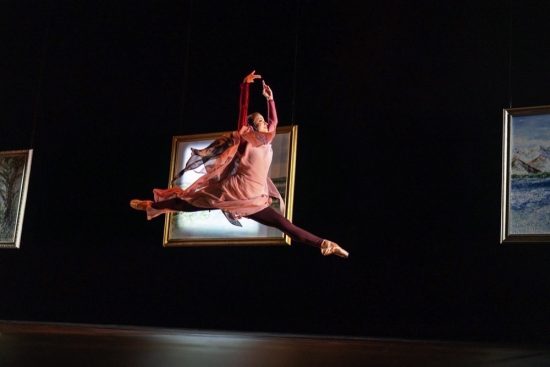 As a ballerina with the Royal Ballet, Pietra has performed in over ten countries on the world’s largest and most prestigious stages, including The Royal Opera House London, Bolshoi in Moscow, and New York’s Lincoln Centre.  Pietra continues to make one-off special performances for Sisters Grimm in their shows, and this will be her first-ever performance in the Middle East and the first time Dubai has had a Royal Ballet Ballerina on stage.

The UAE is a home to all and welcomes the world. The show will be particularly special because Pietra herself will perform as the protagonist, an Emirati woman who strives to make an environmental difference in the world for future generations. Pietra will be joined on stage by singers DB Gad and Madyan Hamza, whose soaring vocals and lyrical prowess will accompany the show live in this uniquely curated spectacle.

Daughters of the Wind will have a UAE residency, a world tour and a film musical, giving a voice to the culture globally and building bridges between nations. The aim is to create a meaningful ecosystem, offering opportunities and contributing to the overall growth and legacy of the creative industry in the region.

The show will also be the first unveiling of the ‘50 for 50’ fine art series in honour of the UAE’s Golden Jubilee year and representing an emotional journey through the UAE’s stunning natural landscapes. The sale of the series, valued at tens of millions of dirhams, will fund the revolutionary performing arts training programme, ‘The Art of Practice,’ centred around the work of Sisters Grimm. The programme, which is for anyone under 18 and will be embedded into regional school curriculums, seeks to create a clear pathway into Sisters Grimm’s productions that tour internationally, including in London’s West End, China, Singapore and Japan. 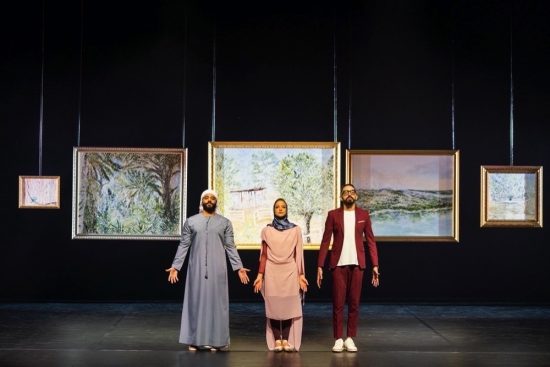 In an effort to attract creative individuals from around the world across the arts and culture sector to study, live and work in Dubai, Dubai Culture and Arts Authority is supporting the show and the holistic training programme as a cultural partner. The Authority’s support comes in line with its six-year strategic roadmap to position Dubai as a coveted destination of choice by all arts and culture enthusiasts, a beacon of cultural diversity for international talent, and the epicenter for creativity and cultural dialogue, as well as aligns with the Dubai Creative Economy Strategy launched by His Highness Sheikh Mohammed bin Rashid Al Maktoum, Vice-President and Prime Minister of the UAE and Ruler of Dubai, to double the number of creative companies specializing in content, design and culture.

Shaima Rashed Al Suwaidi, Director of Marketing & Corporate Communication Department, and Acting Chief Executive Officer of Arts & Literature Sector at Dubai Culture, said: “Dubai Culture actively supports the Government’s mandate to develop a knowledge-based society, promoting a cultural and creative environment, as well as integrating cultural content in innovative ways across the UAE’s educational curriculum to enable today’s youngsters feel proud of the nation’s heritage and culture. We are honoured that Pietra and Ella, with their unparalleled success in cultural celebration via digital and live experiences, have chosen Dubai to launch their first Middle East show and revolutionary training programme coupled with contributing to international professional opportunities and Creative Industry growth . One of our key pillars of our 2020 – 2025 strategic roadmap is making culture available and accessible to everyone and everywhere; our support of Sisters Grimm represents a celebration of performing arts that highlight the rich culture and heritage of the UAE.”

Dates for the regional and global tour to be announced shortly. 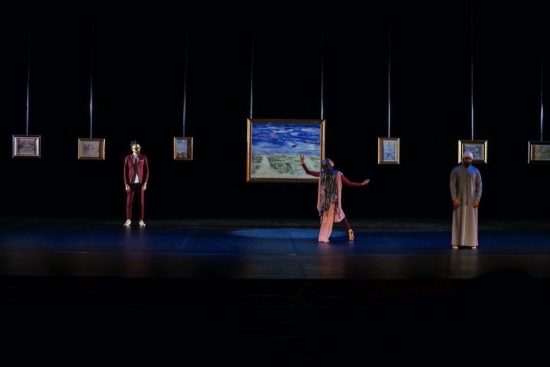 Sisters Grimm is a dynamic and creative partnership between ex Royal Ballet ballerina Pietra Mello-Pittman MBE and Grammy nominated composer Ella Spira MBE.  In 2009, they had a vision to create a theatre company that broke all the rules. Sisters Grimm was born.

The company celebrates cultures and inclusivity, collaborating with both traditional and contemporary performance artists from all around the world to create stylistically diverse and transformational live experiences, which speak to diverse audiences and embrace the principal themes that are the centre of the social conversations of today. An ever-expanding portfolio drawing influence from Africa, Europe, Asia and South America and now the Middle East Sisters Grimm has already achieved a wealth of success in both creativity and performance.