for more information go to https://www.dubaiglobalnews.com/en/our-partners-events

Ahead of the world premiere of the film Toofaan on Amazon Prime Video, the team hosts a special interaction with local media from Sharjah, Dubai and Abu Dhabi 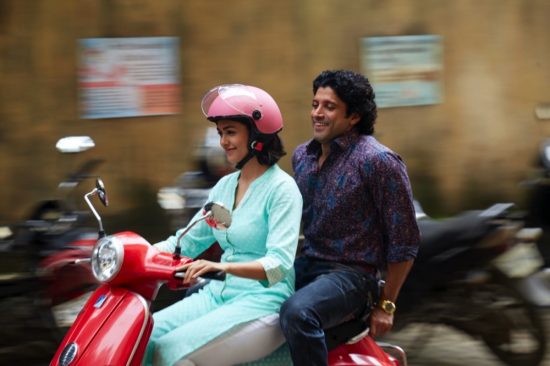 Ahead of the launch of the much-anticipated film Toofaan exclusively on Amazon Prime Video, the fabulous team comprising Farhan Akhtar, Mrunal Thakur, Rakeysh Omprakash Mehra and Ritesh Sidhwani visited cities of the United Arab Emirates virtually. The first of its kind virtual city tour saw the team interacting with media, from Sharjah, Dubai and Abu Dhabi. The valuable conversation between the toofani team and the media proves that everyone is looking forward to watching the film for the story, performances and to find what magic the Farhan-Rakeysh Jodi would create this time after their successful 2013 sports biopic Bhaag Milkha Bhaag. Adding to the excitement, members of the media were also treated to the official trailer of Toofaan as a sneak-peek to the drama and action in store.

Lead actor and co-producer Farhan Akhtar, sounds excited while sharing his experience of the first virtual city visit for Toofaan, “The UAE has a rich culture and the people here have always had a special place in my heart. People here are not just generous and kind, but the Emirates has also been home to some incredible boxing personalities that continue to inspire us. This virtual visit to the cities in the UAE and interaction with the media, who have consistently showered love on Hindi films and have extended support to Toofaan, was a fulfilling experience. As an actor and producer, this film has both been physically intense and high on the emotional quotient.  I hope that Aziz Ali’s journey touches everyone’s heart as it did mine.”

Sharing her excitement, lead actress Mrunal Thakur says, “This film definitely holds a special place and we were thrilled to be able to share this with our friends in the UAE. It was overwhelming to see the love and support we have received throughout the time we have been working on the film. And today, the response we have got here definitely encourages an actor such as me to become more confident and deliver powerful performances like Ananya from Toofaan. The character is the strong backbone in Aziz Ali’s (Farhan) life. She is definitely the game changer and alter ego we crave for in our lives.”

Director Rakeysh Omprakash Mehra adds, “From the get-go, I knew Toofaan would be a challenging film, but what made the journey fruitful is the team – Farhan, Mrunal, Paresh ji, Supriya ji, Ritesh along with every crew and cast member— who made it their passion project. We completely immersed ourselves in bringing this story to life, giving it everything to make it a wholesome entertainer for everyone. I would like to thank the audiences from UAE, members of the press, for opening their warm hearts to our special film. We hope to meet everyone soon in person too!”

Ritesh Sidhwani, Producer, Excel Entertainment., “Toofaan is an exceptional thought-provoking sports drama, the story of an inspiring game-changer Aziz Ali. We did not just need to make a film about boxing, but we also needed to live that extraordinary reality for almost two years. Now that we are finally able to present it to the audiences, our joy knows no bound. On the behalf of the entire team, I would like to thank Amazon Prime Video, which will be streaming the film in 240 countries and territories, including the UAE. We hope the film will resonate with you all. I would also like to give my regards to the audiences and the members of the media in the Emirates for such an interesting and insightful discussion around the film. Mark your calendars and get ready with your bucket of popcorn to enjoy this entertaining film.”

Toofaan will also be the first film to simultaneously premiere on Amazon Prime Video in Hindi and English starting July 16, 2021 across 240 countries and territories. 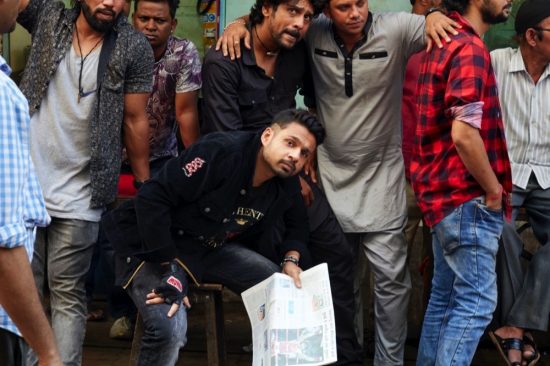 Under forced circumstances, an orphan boy born from the streets of Dongri, grows up to be a local goon. His life changes when he meets a bright and a compassionate young woman named Ananya who guides him to take the right path. With love and guidance, he finds his calling in sports and takes up the journey into becoming a world class Boxer. This is an inspiring story. Even the poor and marginalized, beaten by life circumstances, can become the heroes of the nation by giving up the other part of life and adopting the right path. Toofaan is set in Bombay. The city of Bombay is like the third character of the film. Bombay is Megapolis and one of the greater cities in India. It is a true cosmopolitan city and a melting pot for various cultures and religions. Mumbai runs on the spirit of Mumbaikars. This “spirit” is indeed Mumbai’s proudest possession which we also see in our film through our characters. 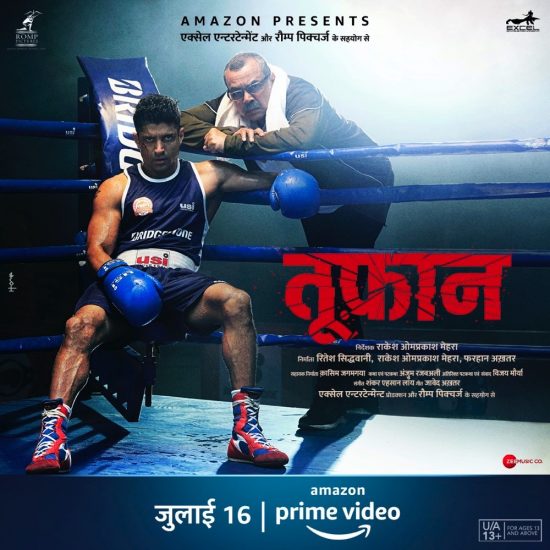 Prime Video is a premium streaming service that offers Prime members a collection of award winning Amazon Original series, thousands of movies and TV shows—all with the ease of finding what they love to watch in one place.  Find out more at PrimeVideo.com.

Excel Entertainment’s oeuvre comprises of a string of box-office hits like Dil Chahta Hai, Don, Zindagi Na Milegi Dobara, Talaash & Fukrey. Alongside these blockbusters, Excel has also launched avant-garde ventures like Gully Boy, India’s first hip hop film and the official entry to the Academy Awards this year and Inside Edge, India’s first original series on Amazon Prime Video that was nominated for the coveted International Emmy Awards under the Best Drama category in 2018. In addition to commercially successful cinema, Excel has consistently garnered critical acclaim, Rock On being one such accomplishment that won the production house its second National Award in 2008.

Since its inception in 2004, Rakeysh Omprakash Mehra Pictures (ROMP) has strived to create films that prize quality content above everything else. We tell stories that connect every viewer on an instinctive level through exploring the intricate web of emotions that form the human experience. Under ROMP’s banner, its films, Rang De Basanti, Bhaag Milkha Bhaag and Delhi-6 have gone on to win critical, national and international acclaim for the socially impactful stories they tell. Our main aim at ROMP Pictures is putting out work that is reflective of the evolving culture and at the same time  retain the timelessness of a story.