THE NEW TYRE FOR THE AMERICAN ELECTRIC SEDAN FEATURES ELECT AND PNCS TECHNOLOGIES, AS WELL AS THE NEW ‘HL’ MARKING

Pirelli presents its very first high load index tyre: a new type of tyre dedicated primarily to electric or hybrid cars and SUVs. Made to support the weight of new vehicles equipped with batteries, the tyre is perfect for heavier vehicles, such as electric cars.  It is designed to provide low rolling resistance as well as a high level of driving comfort.

The new tyre features the HL (high load) marking on the sidewall as an indication of its capabilities and is able to support 20% more weight compared to a standard tyre and 6-9% more weight than an extra load XL tyre of the same size. 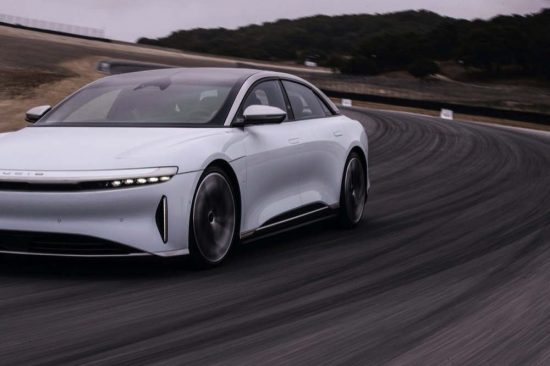 The Lucid Air will be the very first car to use the new Pirelli HL tyres. The Pirelli P ZERO for this model will be available in the following sizes: HL 245/35R21 99 Y XL on the front axle and HL 265/ 35R21 103 Y XL on the rear axle, specifically designed for the new luxury electric sedan produced and sold later this year in the United States of America. In accordance with Pirelli’s ‘Perfect Fit’ strategy, the P ZERO tyres for the Lucid Air have been jointly developed with the car manufacturer, to fully meet the required performance standards. To identify the specific design for the American manufacturer, these tyres will be marked ‘LM1’ on the sidewalls.

Pierangelo Misani, Pirelli’s Senior Vice President of R&D and Cyber, said: “The search for cutting-edge technical solutions has always been at the very heart of Pirelli’s business. The attention we devote to all new forms of sustainable mobility now leads us to technology that is capable of anticipating the future demands of car manufacturers for their new electric and hybrid vehicles, which increasingly require specialised performance from tyres.”

“Lucid Air represents a technological breakthrough in terms of efficiency and performance. The new Pirelli HL tyres are integral to achieving such benchmarks,” said Eric Bach, SVP of Product and Chief Engineer at Lucid Motors.

These bespoke P ZEROs will also benefit from Pirelli Elect and PNCS technologies. Pirelli Elect offers low rolling resistance to increase range, reduced rolling noise to maximise comfort, and a compound engineered for grip to respond to the instant toque demands of the electric transmission, as well as a structure capable of supporting the weight of the battery pack. To further increase interior comfort, PNCS technology which consists of a special sound-absorbing material placed within the tyre, helps deaden air vibrations that would otherwise be transmitted to the inside of the vehicle. The benefits of this system can be felt both inside and outside the car.

Founded in Milan in 1872, Pirelli has become one of the world’s largest tyre manufacturers in its 144-year history, with a focus in the high-end range. Through its commitment to R&D, its products are synonymous with Italian excellence in the world, where Pirelli counts 20 tire factories – including the US plant of Rome, Georgia – and a commercial presence in 160 countries. Successfully competing in motorsport since 1907, Pirelli is currently the exclusive supplier of the Formula 1 championship, the Superbike world championship, and many single marque championships around the world.