Finyal Media, a regional podcast network that focuses on storytelling podcasts across MENA, will be launching three new seasons of its most popular podcast series Juha, Sinbad and 1001 Nights this summer. With new stories to tell and new characters to introduce, the three seasons, each made up of 15 new episodes, will build on the success of these flagship podcast shows and continue to bring classic Arab literature to life.

Hit show 1001 Nights is one of the most successful podcasts in the MENA region. The stories centre around the infamous characters of ruler Shahryar and Shahrezade and are recounted by the soothing voices of experienced Arab actors. 1001 Nights combines timeless Arab folk tales with layers of intricate sound scaping and dynamic voice acting. Season 5, which launches from 29th August 2021, is set to be different from the last with all new characters and scenarios. This season will tell the story of Haroun Al Rashid and how he met his wife Zubaidah, but also highlights the story about an Island of Animals from the animals’ perspective.

Building off the success of 1001 Nights, Sindbad is in many ways its sister series. Sindbad himself is a world-travelling sailor known the world over, his fame extending far beyond the Middle East, but this show provides never heard before adventures. The podcast recounts Sindbad’s most famous tales, as well as featuring all-new, original adventures. This season, listeners can expect all original stories, created exclusively by Finyal Media, some old friends from season one re-joining and some enemies likely making a reappearance. The 2nd season of the show will launch from 12th August 2021. 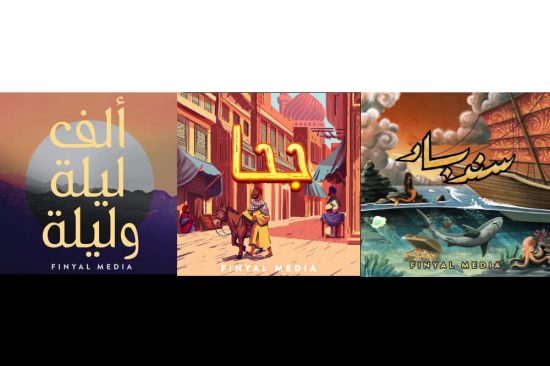 Juha is a fictional podcast that recounts the tales of the wise fool himself, telling some of his most famous stories as well as some untold tales. A very special narrator tells wondrous stories of the lovable trickster, Juha. This new season of Juha is slightly different with some of the episodes revolving around Kareema, his wife, and Adham, his son, to bring these familiar characters into the spotlight. The 3rd season of Juha has had episodes released since 20th June with the final episode landing on 21st July.

Mshari Alonaizy, Co-Founder and Chief Creative Officer of Finyal Media, said: “1001 Nights, Juha and Sindbad are some of our flagship shows at Finyal Media so we’re thrilled they are making a big comeback this summer with 15 new episodes across all three shows. As some of the most popular podcasts across the region, they have really resonated with the young, Arab audience. We know that young Arabs are hungry for content which speaks to the rich culture of the region and brings a strong sense of nostalgia, so we’re delivering this in a digital, on-demand format which is relevant to both Millennials and Gen-Z. The short story format is the perfect way to build on the popularity of these much-loved characters from Arab literature and bring them to life in a modern way. Fans of the shows will be pleased to know that we will definitely be continuing to produce additional seasons throughout the year, so stay tuned!”

The new seasons of Juha, Sinbad and 1001 Nights will be available to listen on all podcasting platforms, including Apple Podcasts, Spotify, Deezer, Anghami, Castbox and many more. For an even better listening experience, listeners can subscribe to the shows on Finyal+ where they will be released early and ad-free. The ideal service for listeners who cannot wait a month to catch the whole season, as they can binge listen to all the episodes at once on the Apple Podcasts subscription.

Finyal Media (www.finyalmedia.com) is an award-winning podcast network which provides immersive audio experiences for young Arab listeners across MENA. The company’s mission is to tell stories that help young people reconnect with the Arab world. Finyal Media’s stories bring the region’s culture and heritage to life and range from adaptations of classic stories like 1001 Nights, Juha and Sindbad, which have been re-written for a modern audience, to historical narratives which look at the incredible stories of Arab cities.

Through their podcasts, Finyal Media reach young Arabs in a medium that is digital and on-demand. Their shows have become hit sensations with young audiences, having achieved over 6 million downloads in the Arab world and five #1 hits on the Apple Podcasts charts.  Finyal Media was launched in 2019 by three podcast enthusiasts Mshari Alonaizy, Majid Al Qassimi, and Leila Hamadeh.