Azizi Developments, a leading private developer in the UAE, has announced the release of its last retail and commercial units across phases one and two of Riviera, its new French Mediterranean-inspired landmark destination, following the market’s rapid absorption of its existing inventory.

This move comes in light of a substantial surge in demand for units facing the newly announced lagoon, which will allow residents to swim in crystal blue, filtered and desalinated waters and unwind on its beach-like shores. Following the surprise announcement of the lagoon in June 2021, Azizi has sold out its existing released inventory of lagoon-facing units within just days.

The gigantic crystal lagoon, which is akin to a massive swimming pool that is over 2.7 km in length, that will cover an area of more than 130,026 sq. m and will stretch across the entirety of the Riviera development in MBR City, is a major selling point to investors, explains Mr Mohamed Ragheb Hussein, Chief Development Officer at Azizi Developments: “Adding the lagoon to this already outstanding master planned community enriches the lives of Riviera residents immeasurably. This, needless to say, is very well reflected in the number of inquiries we are receiving for – and sales volumes of – units that are adjacent to it. Not only our residential units are flying off the shelves, but also our retail units, which, evidently, now hold a much higher potential for investors. Our overarching mission to build world-class, master planned communities that foster a true sense of belonging, offer growth-inclined ROIs and enhance lifestyles, is underpinned by initiatives such as this stunning lagoon. It is a win-win situation in which our tenants and investors benefit from recreational and convenience options, while commercial organisations will have a vibrant, lively atmosphere to successfully conduct businesses in”.

“Post-COVID-19, the UAE’s real estate retail sector is demonstrating its strengths, with it being projected to hit more than USD 58 billion in sales by the end of this year. This new analysis from the Dubai Chamber of Commerce and Industry highlights a strong year-on-year increase of 13 per cent, with us being ready and able to serve as a heavy contributor to the sector’s growth”, he added.

With stunning blue flooring, filled with more than 51.5m gallons of crystal clear, desalinated and clean water, and easily accessible via its lagoon walk, which will feature a vast variety of artisan eateries and boutiques, Azizi’s lagoon will be a bustling space where residents can enjoy strolls along the beach-like shores, sunbathe and cool off. 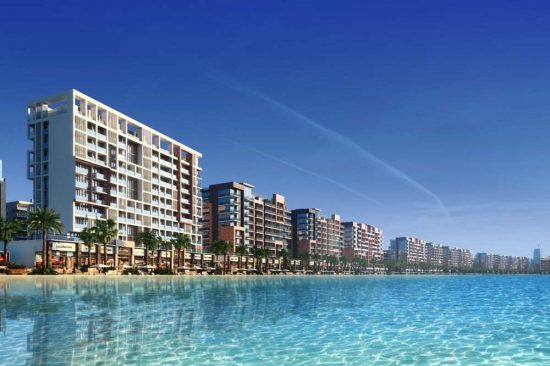 Azizi’s retail units are embedded into its master-planned communities and residential developments, adding leisure, shopping and eatery amenities, and creating social spaces with a strong potential for business profitability. The developer has taken several steps to ensure the appeal to – and success of – businesses that will occupy the spaces, such as through the provision of ample parking space, outstanding visibility due to large roads, wide walkways and substantial traffic, and easy connectivity to Dubai’s largest highways.

Beyond Riviera, Azizi is also expanding its retail offerings in other projects, such as in Creek Views I, which is situated on the iconic Dubai Creek in Dubai Healthcare City.

Retail units on Azizi Riviera’s 1.6km integrated boulevard and 2.6km lagoon walk are considered to be an exceptionally smart investment with the community being home to over 16,000 families, and it being forecasted to welcome a sizable volume of visitors as a landmark and cultural hotspot.

Azizi Developments’ engineering team is collaborating closely with its marketing team to create the best-possible customer experience for visitors of its retail units. Azizi’s marketing department is deeply involved in setting the appropriate retail-unit mix, layouts, and other factors to ensure that that they meet investor and retail-shop owner needs and wants, helping them meet and exceed their product and service sales targets.

Riviera, a stylish waterfront-lifestyle destination located in the heart of MBR City, is planned to comprise 71 mid-rise buildings with approximately 16,000 residences upon its completion that are conveniently located in the midst of all the business, leisure and retail hubs of the city.  Designed to introduce the French-Mediterranean lifestyle to Dubai, which is not merely about architectural art but also about a certain ‘joie de vivre’ — a celebration of life, an exultation of spirit, Riviera represents a new landmark destination that is both residential and commercial, with an abundance of retail space. 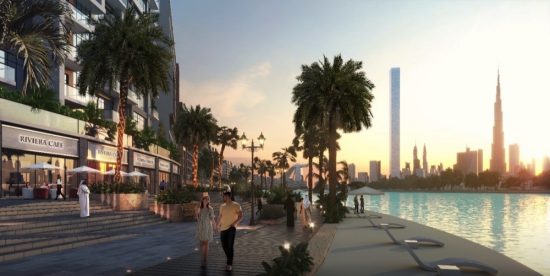 With its strategic location near the upcoming Meydan One Mall and the Meydan Racecourse — home of the Dubai World Cup — as well as Dubai’s most noteworthy points of interest, Riviera represents one of Azizi Developments’ most coveted projects.

Azizi Developments is a leading developer based in Dubai, UAE. With tens of thousands of homes successfully delivered to local and international investors and end users of over 100 nationalities, the developer prides itself on its extensive portfolio of modern luxury developments across Dubai’s most sought-after residential destinations, its construction-driven approach, and its commitment to transparency and customer centricity. Azizi’s residential and commercial properties are investor friendly, catering to all lifestyles. The developer makes it its international mission to develop lifestyles and enrich the lives of its residents with a focus on catalysing the vision and development of the markets that it operates in.