Majid Al Futtaim, the leading shopping mall, communities, retail and leisure pioneer across the Middle East and Africa is introducing CTRL, the region’s first interactive movie experience which lets the audience collectively decide how the plot unfolds. The latest innovation from VOX Cinemas in partnership with entertainment and tech company, Kino Industries, will launch across the United Arab Emirates and the Kingdom of Saudi Arabia on 05 August.

CTRL will be showing Late Shift (UAE PG 13), the world’s first interactive feature-length film, which enables cinemagoers to decide the fate of the lead character and the course of the movie using a simple voting system on an App. During the screening of the high stakes action thriller, which has countless storylines consisting of 180 decision points and seven alternative endings, the audience typically makes 40-50 choices while cutting-edge and seamless technology aggregates the votes and chooses the most popular option. Late Shift was directed and co-written by Tobias Weber, an award-winning filmmaker and a Co-Founder of Kino Industries and Michael Robert Johnson, author of Guy Ritchie’s Sherlock Holmes. The critically acclaimed movie was awarded the 2018 BAFTA Cymru Award.

Toni El Massih, Chief Content Officer, VOX Cinemas said, “We are incredibly excited to partner with Kino Industries and launch the Middle East’s first interactive movie, which puts the audience in control of countless adaptable storylines. Redefining the cinematic experience and introducing game-changing concepts that exceed our guests’ expectations has been a cornerstone of our success at VOX Cinemas and we continue to push the boundaries of innovation. Using pioneering technology, CTRL seamlessly combines the realism and production values of film with the interactivity of a videogame to create a new dimension of engagement. Having sold out at the Beijing International Film Festival in less than five minutes, I have no doubt that this unique and exhilarating participatory experience will prove hugely popular with cinemagoers in the United Arab Emirates and the Kingdom of Saudi Arabia.” 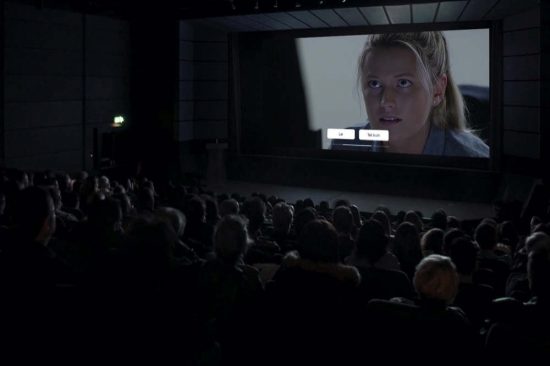 Chady Eli Mattar, Chief Executive Officer and Co-Founder of Kino Industries added, “We are thrilled to be teaming up with VOX Cinemas on this exciting venture. For us they represent the epitome of a contemporary exhibitor – they are bold, innovative, forward thinkers, and we at Kino share a similar DNA! Thus, this partnership will be setting the standards of the future of cinema in the region.”

The daily screenings of Late Shift will take place at 6pm and 8pm (Sunday – Thursday) and 5pm, 7pm and 9pm (Friday and Saturday) at VOX Cinemas at Mall of the Emirates, Yas Mall, City Centre Mirdif, City Centre Al Zahia, The Galleria Al Maryah Island and Wafi City. The experience will also be rolled-out across select VOX Cinemas in Saudi Arabia.

Tickets for Late Shift are now on sale and can be purchased on the VOX Cinemas website (voxcinemas.com), app or at the ticket counter at any VOX Cinemas. The movie will be shown in English with Arabic subtitles. 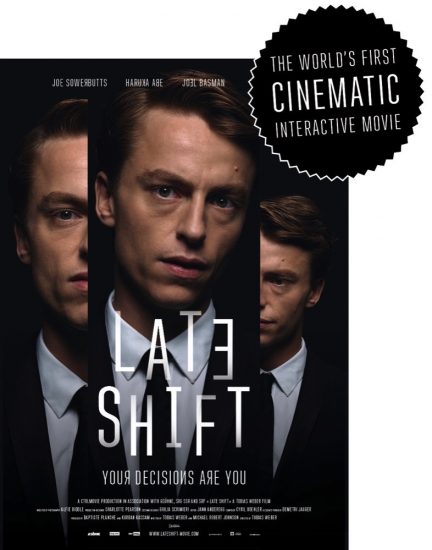 Founded in 1992, Majid Al Futtaim is the leading shopping mall, communities, retail and leisure pioneer across the Middle East, Africa, and Asia.

A remarkable business success story, Majid Al Futtaim started from one man’s vision to transform the face of shopping, entertainment, and leisure to ‘create great moments for everyone, every day’. It has since grown into one of the United Arab Emirates’ most respected and successful businesses spanning 17 international markets, employing more than 43,000 people, and obtaining the highest credit rating (BBB) among privately held corporates in the region.

Majid Al Futtaim owns and operates 28 shopping malls, 13 hotels and four mixed-use communities, with further developments underway in the region. The shopping malls portfolio includes Mall of the Emirates, Mall of Egypt, City Centre malls, My City Centre neighbourhood centres, and five community malls which are in joint venture with the Government of Sharjah. The Company is the exclusive franchisee for Carrefour in over 30 markets across the Middle East, Africa and Asia, operating a portfolio of more than 375 outlets and an online store. 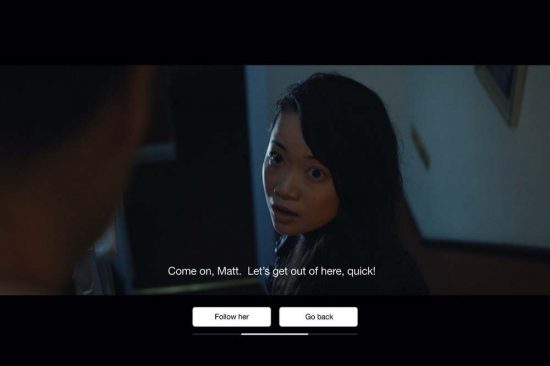 Founded in 2017, Kino Industries is an innovative entertainment and tech company. As the creator of the world leading CtrlMovie technology, Kino is at the forefront of cutting-edge and revolutionary storytelling. CtrlMovie gives filmmakers the tools to tell branched narratives in a truly cinematic way, while allowing audiences, using an app on their mobile devices, to instantaneously and democratically make decisions that seamlessly unfold on screen in real-time. The passive consumer becomes an active participant, influencing the film’s plot by making choices on behalf of the story’s protagonist(s), ultimately altering the scene outcome, ending, and even running time – thus, no screening CtrlMovie is the same. The company’s CEO and a co-founder is Chady Eli Mattar, its President and a co-founder is Scott C. Silver. Tobias Weber is also a co-founder of Kino and inventor of the groundbreaking proprietary, patented film/TV, streaming and gaming experience, CtrlMovie.