Dubai, United Arab Emirates,  (AETOSWire): With a growing percentage of the world’s population consuming halal products, Thailand is well-positioned to harness the opportunity to deliver on its rising demand. The Federation of Thai Industries had earlier revealed that it expects Thailand’s revenue from halal exports to rise 5 per cent in 2021.

Thailand is one of the largest halal product exporters in the world and produces everything from halal food and beverages to cosmetics, pharmaceuticals, consumer goods, meat, fertilizer, animal feed and more. 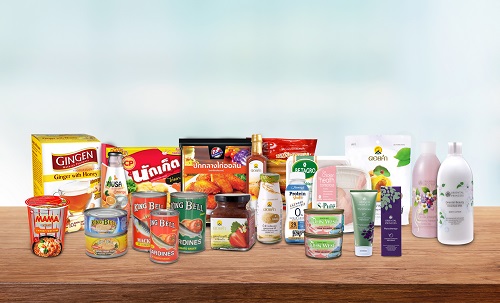 Panot Punyahotra Director of Thai Trade Centre, Dubai said: “With a long history in the agri-food, food processing and non-food industries as well as expertise in international halal certification, Thailand possesses huge potential to have a greater share of the global halal market. Through the backing of the Thai government, Thai food manufacturers and exporters have strong institutional support in place to encourage capacity building in critical areas such as international food hygiene and Halal standards, innovation, marketing, and assistance for small and medium-sized companies. I am certain that Thailand will become the leading hub for halal products and capture a bigger slice of the global halal market.”

According to the State of the Global Islamic Economy Report 2020, the global halal industry is estimated to be worth around USD2.3 trillion and growing at an estimated annual rate of 20%.

For halal F&B, Thailand is the world’s fifth largest producer with a 5.6% share of the global halal food market valued at US$5 billion a year, as per the Board of Investment of Thailand. Thailand also ranks first for halal export among ASEAN countries. Halal food currently accounts for 20% of Thailand’s global food exports with more than 60% of halal exports going to Indonesia, Malaysia, and Brunei.

Thailand has developed a number of key strategies to further strengthen the country’s halal industry, particularly in terms of meeting global standards, promoting entrepreneur competitiveness, increasing capability in halal certification and standard formulation, and upgrading research and development. The establishment of the Central Islamic Council of Thailand (CICOT) and the Halal Science Centre Chulalongkorn University illustrates the government’s determination to make Thailand a recognised halal centre of excellence in science and testing.

The Central Islamic Council of Thailand (CICOT), which is the authorised halal certification body in Thailand, has also been accredited by the Emirates Authority for Standardization and Metrology (ESMA) of UAE. All halal products exported to the UAE are inspected and certified by CICOT to ensure it meets ESMA’s standard and regulations.

Meanwhile, the Halal Science Centre Chulalongkorn University, the first of its kind centre in the world, was established to support halal inspection and certification processes based on valid laboratory analysis. The Centre works on the use of science and technology in food analysis in order to preserve halal standards.