Dubai, UAE, Sep. 26th. 2021: The Republic of Azerbaijan announced that September 27 of each year will be a day commemorating the Martyrs of the Patriotic War of all Azerbaijanis all over the world. 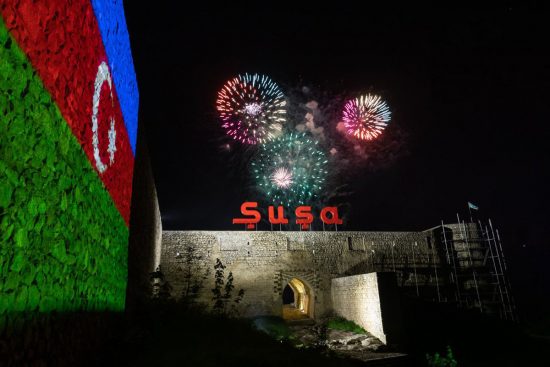 On this occasion, Consul General H.E. Javidan Huseynov, Consulate General of the Republic of Azerbaijan in Dubai said: “The Glorious Second Karabakh War, which began on September 27 with a counterattack and was called the Patriotic War, lasted for 44 days. During the 30-year occupation, the myth of the “invincible Armenian army” was shattered by the line of defense established by our Supreme Commander-in-Chief, President Ilham Aliyev, and the strength of the heroic Azerbaijani soldiers.”
“The occupying and criminal army of Armenians which included Armenians living abroad and members of various terrorist organizations was defeated in the war. The occupying regime of Armenia, which occupied Karabakh and its surroundings for 30 years and exploited it inhumanely, destroyed all the infrastructure and kept pigs in our mosques, was forced to surrender on the 44th day of the war”, he added.
H.E. continued: “The parties signed a declaration on November 10 with the mediation of Russia and restored the territorial integrity of the Republic of Azerbaijan by ending the occupation once and for all.
One year has passed since the beginning of the Great Patriotic War, and we celebrate this day with great pride. During the 44-day war, 2,904 soldiers and officers of the Azerbaijani army heroically rose to the peak of martyrdom. In addition, 94 civilians, including children and the elderly, targeted by occupying Armenia, were killed in treacherous rocket attacks on the cities of Ganja and Barda”.
the consul General concluded his speech by saying: “The Patriotic War, which began under the leadership of the President of the Republic of Azerbaijan, Supreme Commander-in-Chief Ilham Aliyev and ended in victory, as well as its heroes will never be forgotten!
Starting from this year, September 27 will be celebrated by all Azerbaijanis living in the world as the Day of Remembrance of our martyrs”.