HWASEONG, South Korea–(BUSINESS WIRE/AETOSWire)— Media Art Group CUZ Inc. announced that it started an interactive public campaign, ‘LOVE EARTH, SWITCH OFF’ on the 13th at Starfield Hanam Central Atrium in Korea in order to heighten social awareness of the environment. 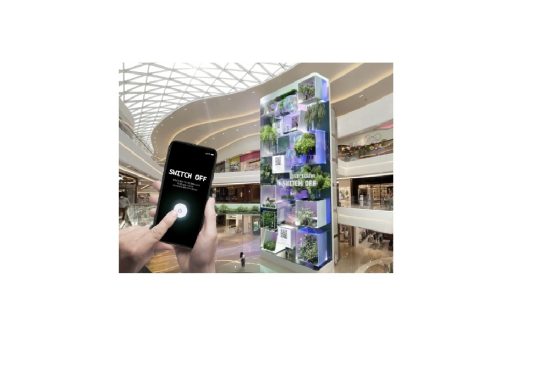 LOVE EARTH, SWITCH OFF is a campaign aimed at increasing environmental awareness and conserving energy. When the audience turns off the light switch on a 22-meter-tall Media Tower using their mobile devices, an image showing the beautiful resurrection of the earth is displayed. With this, a message is delivered that something as trivial as turning off light can save the earth.

The participants can take photos of themselves through an AR filter and send the photos and their names for display on Media Tower. By participating in the campaign, the audience both exerts good influence on earth and experiences being a part of a media artwork. The AR filter used in the campaign can also be experienced on CUZ’s official Instagram account (@cuzartgroup).