Doha, Qatar, (AETOSWire): Four contestants have emerged from Stars of Science Season 13 to secure their places in the Grand Finale taking place on October 22, where they will compete to win the title of Top Arab Innovator.

Along the way, these young Arab inventors overcame significant hurdles, winning votes from show’s jury to progress through the multiple elimination phases.

Mohammed Al-Qassabi, Qatari Information Systems student at Carnegie Mellon University in Qatar, hopes to contribute to the sports world with his Football Offside Detection System. The innovation uses ultra-wide band tags embedded inside players’ uniforms and the ball to track their positions in real-time throughout the entirety of a match to ensure that offside calls are made accurately. 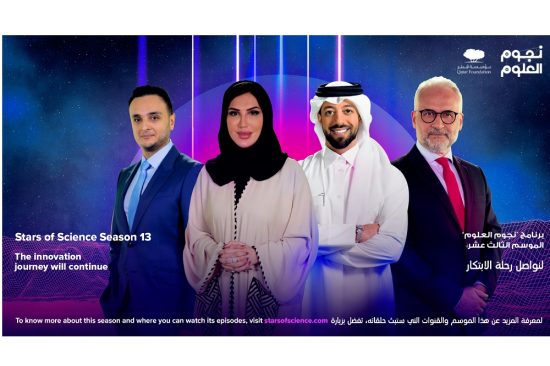 During the engineering phase of the show, the university student had to expand the scope of his project significantly, when the footballing organizations he worked with asked if the system could also track player performance.

“All of a sudden, I had to conduct much more research than I had already planned to and test a revamped system. I had to prove that everything worked – every single part – or it would not pass the engineering phase,” said Al-Qassabi. 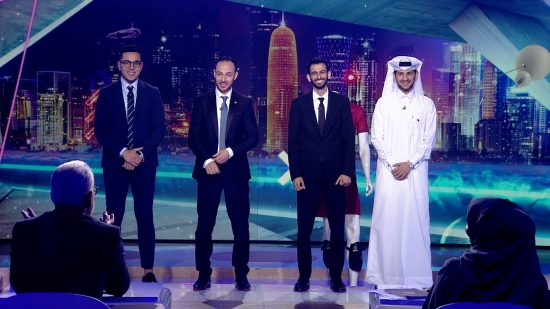 However, the development process of this ambitious technology was not the most difficult challenge AlHarosh had to face during the season. He tested positive for COVID-19 right before the season started, forcing him to join his Stars of Science peers in Qatar a month late.

“During quarantine, I had major doubts about many of my decisions, including my decision to participate in this season. However, my wife encouraged me to follow this longtime dream of mine and thanks to her, I was able to bring my Portable Renal Blood Flowmeter to life on Stars of Science,” said AlHarosh.

Ousama Kanawati, another finalist hailing from Lebanon, earned a spot in the Top 4 with his invention, the Wearable Omni Stethoscope Vest. The device drastically impacts the way we monitor chronic respiratory diseases – a threat posed to millions of patients globally. This invention monitors patients’ lungs by combining numerous digital stethoscopes and wireless technology, conducting analyses that it then sends to the attending physician’s phone with a warning if abnormalities are detected.

Majoring in computer science and engineering, with little background in biomedical engineering, Kanawati’s project pushed his boundaries all season long. However, he seemed to thrive under pressure. 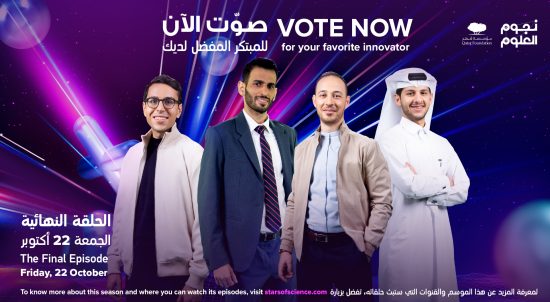 “My comfort zone lies in engineering and being surrounded by engineers. I wanted to push myself and explore something different to what I am used to. That’s why my invention focuses on biomedical engineering while utilizing the computer science and engineering skills I am familiar with,” said Kanawati.

Rounding off the group is Riadh Abdelhedi, Tunisian PhD holder in electrical and electronic engineering. He designed a Hybrid Power Bank, portable power storage system that combines lithium-ion batteries and supercapacitor technology, enabling it to charge up to full capacity in a matter of minutes.

The uniqueness of the device presented several hurdles for him, due to its compact nature and hybrid system of dual technologies.

“I needed many experiments to prove the reliability of my innovation. Stars of Science provided me with all the support I needed to undergo my invention testing, from experts to labs, facilities and equipment,” said Abdelhedi.

Stars of Science’s Top 4 innovators will make the case for their inventions in the Grand Finale, set to air on Friday, October 22, where the jury deliberation and online voting will determine the ranking and final share of the $600,000 prize (terms and conditions apply).