October 20th, 2021, Dubai, United Arab Emirates: Avant-garde and three-star French chef Paul Pairet, crowned the best restaurateur in the world in 2018, invites the residents and visitors of Dubai and Abu Dhabi to discover an offbeat sushi combination with the launch of his exclusive collaboration with SushiArt, the GCC’s franchise of French brand Sushi Shop.

Bonafide sushi lovers in town wanting to try Michelin food experiences now no longer have to wait to treat themselves in the comfort of their own home.

The limited-edition sushi collection is designed around the concept of revisiting picnic classics resulting in a box of explosive flavours. With quirky sushi rolls and a strong common theme, and combinations of tastes that are both simple and popular, sushi lovers will be able to devour Michelin star chef food at home. 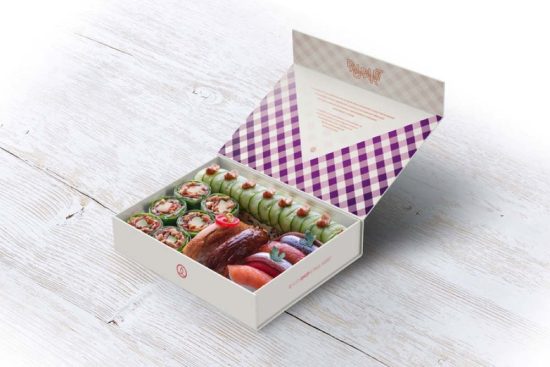 Each year, the French franchise brand collaborates with a Michelin Star Chef to bring unique creations to the menu. This year, the culinary expert Paul Pairet has pushed his creative boundaries to serve some delicious and truly innovative styles of sushi.

Priced at AED 175, the box contains 20 pieces of offbeat and irresistible sushi rolls, including –

For this collection, Chef Paul Pairet has imagined a range of sushi-mozz and sushi-wich that, as their names suggest, are based on one mozzarella and on toasted bread on the other. His new sushi box, in collaboration with SushiArt, is aimed at putting the flavours of Asia in a place of pride.

So many new recipes to discover, taste and share. Available for dine-in at all SushiArt outlets across the UAE and delivery.