Marking its 30th anniversary from 5-11 November, the Desert Challenge welcomes back the sport’s top drivers and riders for another classic examination of skill, nerve and navigational awareness, with a cluster of world titles at stake.

Forming the penultimate round of the 2021 FIA World Cup for Cross-Country Rallies for cars, which it joined in 1993, two years after its launch, the event can have a big influence on this year’s series, which reaches its conclusion in Saudi Arabia a month later.

Testing the best on two wheels as well as four since 1995, the Desert Challenge is also the concluding round of the FIM Cross-Country Rallies World Championship for bikes, following earlier excursions in Kazakhstan, Russia, Brazil and Morocco.

“While there have been many changes in motor sport since the event was introduced, it has stood the test of time,” said Mohammed Ben Sulayem, President of the Emirates Motorsports Organization (EMSO) and FIA Vice President for Sport.

“This would not have been possible without the enormous support we have received from our strategic partners, the UAE authorities and we would like to thank H.H. Sheikh Hamdan bin Zayed Al Nahyan, the Ruler’s Representative in Al Dhafra Region for his consistent backing and encouragement. We’re extremely grateful for this, and proud that the Desert Challenge still inspires so much interest and excitement 30 years on.” 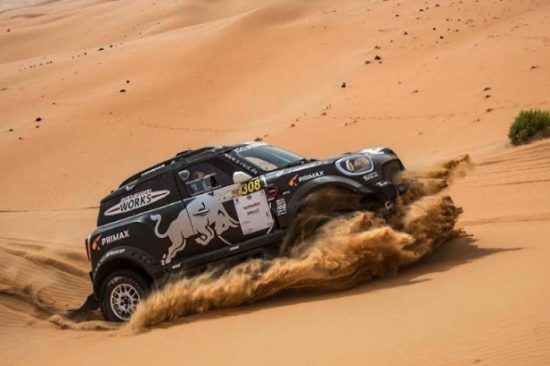 The Desert Challenge is one of Middle East motor sport’s biggest success stories. Capitalising on the dramatic desert terrain of the Al Dhafra Region, it remains a great adventure, carving an exacting route through towering dunes and salt flats. For many, merely to finish is a major achievement.

The rally’s honours list is littered with many of the sport’s most illustrious names. Cars winners include rallying legend Ari Vatanen, and off rad specialists like Luc Alphand, Nani Roma, Nasser Al Attiyah and Stephane Peterhansel, who won for the sixth time in 2019, equalling Jean-Louis Schlesser’s record.

Marc Coma and Cyril Despres, two of the biggest stars in cross country rallying history, shared 13 Desert Challenge bikes titles between 2001 and 2015. The sport’s new wave of top riders have since taken over, with two wins for Sam Sunderland and one each for Toby Price and Pablo Quintanilla.

The event will be based at Yas Marina Circuit, and competitors start arriving at the Rally HQ on Friday 5 November for official documentation and scrutineering of cars, buggies, bikes and quads.

The following afternoon brings a Super Special Stage for bikes and quads on part of the Grand Prix circuit, before the rally heads out from the UAE capital into the Al Dhafra Region the next morning.

For five nights the event will be encamped at a purpose-built bivouac near the iconic Qasr Al Sarab Resort, with competitive stages of 262 km, 333 km, 293 km, 251 km and finally 216 km leading to the finish back at Yas Marina Circuit at 12.30 pm on Thursday 11 November.