Kuwait City, Kuwait,  (AETOSWire): Global Finance has given Mr. Adel Abdul Wahab Al-Majed, Boubyan Bank’s Vice-Chairman & GCEO, the “Outstanding Contribution to Islamic Finance” award in recognition of his efforts in this vital sector over the past years, especially since taking up the leadership of Boubyan in 2009.

During the ceremony held by the institution in Dubai, Mr. Joseph Giarraputo, Global Finance’s President, mentioned some of Al-Majed’s accomplishments throughout his banking career that has extended for almost 40 years, stating that this outstanding award, given for the first time to an individual, was a special recognition of the veteran banker who had a great influence on and an outstanding contribution to the growth of Islamic finance and Islamic banking. 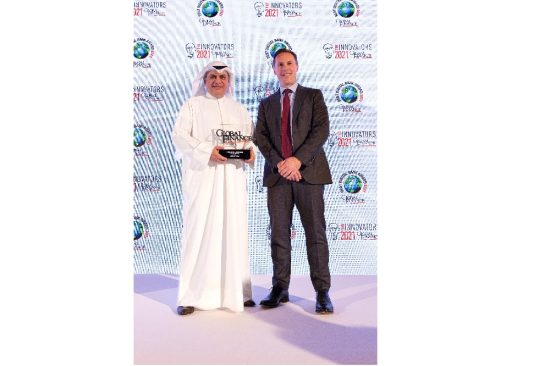 “Al-Majed moved to Boubyan when Islamic financial services witnessed accelerating growth and tough competition in the region. He took the helm at the bank which was suffering many problems and facing many challenges in 2009, thus bringing a very tough challenge, namely, the need for quick restructuring and the necessity to keep the bank united and strong.”, he stated.

While speaking of Boubyan’s achievements, no one can turn a blind eye to attributing these to Al-Majed’s leadership that transformed the bank from just another bank in Kuwait to one of the main banks in Kuwait and the region as he took it from being ranked last to third among all Kuwaiti banks in addition to growing assets from USD 4 billion to USD 24 billion now.

Speaking about this transitional period in his career, Al-Majed elaborated: “When the opportunity came to join Boubyan, I said let me accept the challenge and go to Boubyan for a chance to build my own legacy. But I resolved to do things differently and to build a team culture. I was also convinced there was a market opportunity for Islamic banks.”

Speaking of the early days there, Al-Majed said: “The bravest thing we did was taking approximately USD 211 million in provisions, more than three times higher than the prior year. Within 4 months, we had a healthy bank from a balance sheet perspective. We still had other issues but it was a cleaner balance sheet and a new management team.”

Al-Majed laid out his initial vision for Boubyan’s retail presence as he stated: “I looked at our main competitors and asked myself ‘What’s their advantage?’ They were leaning on their Islamic identity. Then I asked: ‘What’s their disadvantage?’

The answer was customer service and risk management. I thought if we could offer excellent service and give customers everything they got from conventional banks in compliance with the principles of the Islamic Sharia, maybe we can become their bank of choice.” 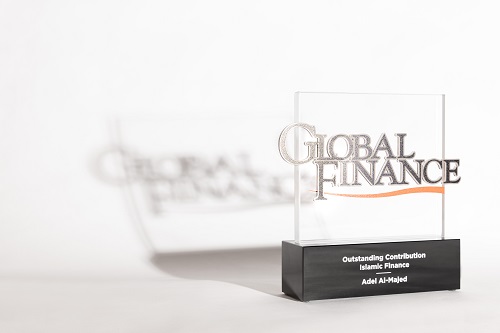 ** Why Boubyan ranks among the best globally?

Over the past six years, Boubyan monopolized GF World’s Best Islamic Digital Bank Award owing to strength of the bank’s strategy for attracting and servicing digital customers, getting clients to use digital offerings, and growth of customers who use digital banking services through online banking or smart phones.

The bank continued digital expansion through the acquisition of Bank of London and the Middle East, where Boubyan’s current holding is 71% approximately, and then Boubyan announced the launch of Nomo Bank in Kuwait and U.K. as the first Islamic digital bank from London.