DUBAI, 12 November 2021 – Speaking at Expo 2020 today (12 November) ahead of their much-anticipated concert on Jubilee Stage at 1700 GST this evening, K-pop band Highlight’s vivacious personalities proved a match for their attire, which offered plenty of sparkle in leopard print, glitter and sequined shirts, chain belts and layered necklaces.

Having gained immense popularity for their catchy songs since launching in 2009, four-member band Highlight remain relevant more than a decade later. With the phenomenon that is K-pop’s going global, the group is arguably at their peak, thanks to their strong vocal abilities, impressive stage presence and well-choreographed dance performances – and they couldn’t be more excited to be making their Dubai debut.

Lee Gikwang said: “It’s our first visit to Dubai. We expect to deliver our best ever performance ever, and to really blow the audiences away.”

Yoon Dujun said: “I’ve only ever transited through Dubai [until now], so to actually be in this spectacular and surprising city is fantastic. Expo 2020 is a global event and it’s such an honour to be participating here this evening.”

Son Dongwoon said: “I am very interested in Korean pavilion. I’ve heard the UAE Pavilion has many things to see, so I’d like to visit it, too.”

Highlight, formerly known as Beast, recently made a triumphant comeback from military service, with Not the End, the lead single of mini-album The Blowing. Composed by Lee Gikwang, the song is a dance ballad celebrating vitality, hope and fresh beginnings. 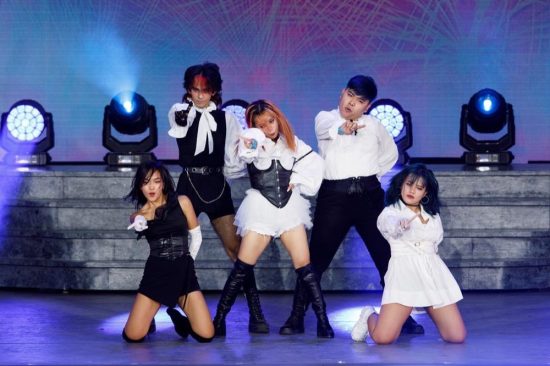 Lee Gikwang said: “We like to put our feelings and sensations from our usual lives into our compositions. When the rest of the band heard the song for the first time, their reaction was very positive.”

Yang Yoseob said that he was happy and relieved to still feel the love from fans after the band were discharged from their military service.

Yang Yoseob said: “In the military I focused on my accountability as a Korean man, rather than thinking about performing and our artistry. While we couldn’t prepare anything specific; we accumulated a lot of ideas to show our fans – both in Korea and globally – because the K-pop wave has definitely exploded since before we enlisted.”

Highlight were part of the “second generation” of K-pop idols, while groups that debuted around 2020 are known as “fourth-generation” idols – making Highlight their “double generation” seniors. But far from seeing the new kids on the block as a threat, Highlight believes they can be both mentors and sponges.

Yang Yoseob said: “I recently appeared in an entertainment show with fourth-generation idols, and I personally feel that they have a lot of talent and are special. Even though we have more history and more experience, we can also learn from them – that’s the secret to improving and surviving in this industry.”

Wrapping up their press conference by playfully posing for photos using the Korean crossed thumb-and-finger symbol for love, the band said future plans included a mix of individual activities, more TV appearances, a new album from the group, and concerts both in the Republic of Korea and internationally.