DUBAI, 18 November 2021 – Stars of determination lit up the stage at Expo 2020 Dubai’s Opportunity Forum this evening (18 November) in a heart-warming show that fuelledbig cheers and standing ovations from a visibly moved audience.

Dubai-based talent academy Rising Stars, which helps disabled children develop their skills, was only launched in December 2020, but thanks to the nurturing hands of Rahima Amiraly, Founder, Rising Stars, it has already proved life-changing for many Dubai families. With a motto to focus on talent and not labels, the inclusive academy has also garnered immense support from celebrities, such as two-time world boxing champion Amir Khan, known for breaking down barriers in sports.

Under the initiative of Team Angel Wolf, Rising Stars forms part of the entertainment programming for Expo 2020’s Tolerance & Inclusivity Week, with Amiraly explaining ahead of the show that the opportunity to have her stars perform on this platform has been “a dream come true”. 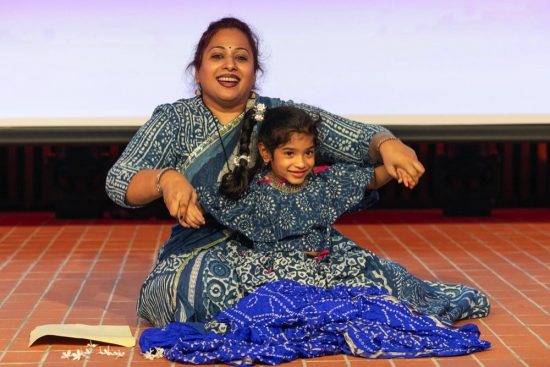 Applauding Expo’s commitment to providing a space for inclusion, Rahima Amiraly said: “At Expo 2020, you are seeing people from all around the world come together to shine in this fantastic place. It is also living proof of how tolerant the UAE is.”

Having worked in education for more than 12 years, including a role as a teacher at Dubai Centre for Special Needs, Amiraly has always championed inclusivity. Rising Stars arose out of her resolve to put her love of performing arts together with the work she does with children of determination.

“We’ve created a safe space for the children to come to and share their talents, focusing on inclusive activities in a fun way like performing arts, music, dance, drama and poetry. We’re all about sharing talents,” said Amiraly while pointing out that siblings would also form a part of the show.

For Ahmed, 28, who has Asperger’s, and who Amiraly describes as Rising Stars’ ‘big brother’, the academy is a game-changer for children of determination in the UAE. He said: “I wish there was something like this when I was growing up in Dubai.” 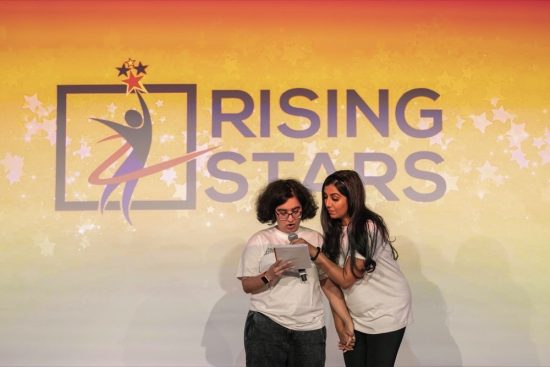 The parents of the stars, who have shown unwavering support for Amiraly and the academy, agree. Twaritha Shanka’s mother Gayathi Shanka, who was delighted that her other two daughters would be on stage to support Twaritha, said: “Everyone at Rising Stars has bonded with each other. They are all really proud of themselves and the show they are performing today.”

Khaled Hassan’s son, Abdulrahman Hassan, pulled out the stops with a Michael Jackson dance, and his father, who cheered him on through every step, said: “Abdulrahman has become a lot more social since he joined Rising Stars. He’s also become a much better dancer!”

Manisha Devnani, whose daughter Vidhi performed with her two sisters, said: “They are all doing the Happy dance and it’s going to be fantastic!”

Yousef Bagdad’s teacher, Amy Harrison, said the change in Yousef since joining Rising Stars has been phenomenal. Harrison said: “He’s become much more confident and is expressing himself a lot better. He is also more willing to try in the classroom, which is fantastic to see. I can’t wait to see how amazing he is tonight when he dances!” 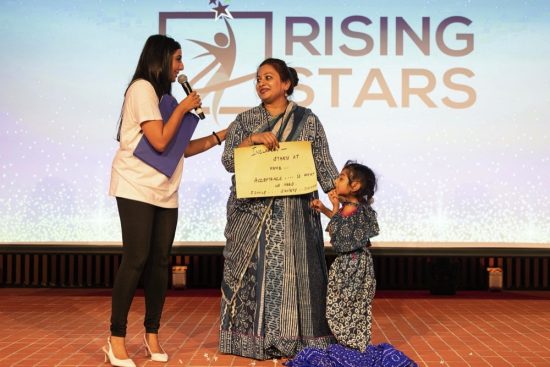 The next Rising Stars performance takes place on 3 December at the Opportunity Forum, to coincide with International Day of Persons with Disabilities.