Filipino-Canadian sensation Darren Espanto was the star of the evening, performing his hit songs to frenetic dance moves. The popular 21-year-old singer and actor rose to prominence as a contestant on The Voice Kids Philippines, with his self-titled debut album certified Double Platinum. He has even opened for Selena Gomez on the Philippines leg of her world tour. 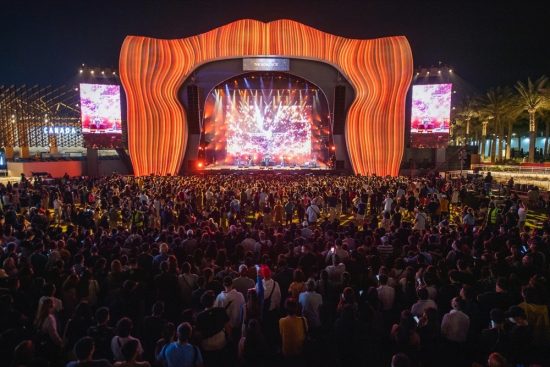 Then December Avenue, a five-piece indie pop/alternative rock band from Manila, said to be one of the most-streamed OPM (Original Pilipino Music) acts of all time, enthralled spectators with a wide range of songs, led by Zel Bautista on vocals and guitar. The band originally met at university, and have been performing for 14 years, building a strong following, with two album releases and a string of industry awards.

The Benedikte, a six-member band, belted out popular English and Filipino hits.