DUBAI, 22 November 2021 – Expo 2020 Dubai on Monday hosted the signing of a landmark declaration committing the governments of Jordan, Israel and the UAE to build renewable electricity and water desalination capacity in the region, addressing the challenges posed by climate change and water scarcity.

The declaration was signed at the UAE Leadership Pavilion at Expo 2020 by Her Excellency HMariam Almheiri, UAE Minister of Climate Change and the Environment; Mohammad Al Najjar, Jordan’s Minister of Water and Irrigation; and Karine Elharrar, Israel’s Energy Minister. It was witnessed by His Excellency Dr Sultan bin Ahmed Al Jaber, UAE Minister of Industry and Advanced Technology and Special Envoy for Climate Change, and John Kerry, US Special Presidential Envoy for Climate.

Commenting on the pact, His Highness Sheikh Abdullah bin Zayed Al Nahyan, Minister of Foreign Affairs and International Cooperation, said: “Climate change is already having a major impact on countries and communities in the Middle East. As we prepare to host COP28 in the UAE in 2023, we demonstrate with this declaration that all nations can work together to further the energy transition, and build a more sustainable future for all. The UAE is pleased to play a role in bringing Israel and Jordan together in an initiative that reinforces both countries’ climate security and common interests.”

John Kerry said: “The Middle East is on the frontline of the climate crisis. Only by working together can countries in the region rise to the scale of the challenge. Today’s initiative is a welcome example of how cooperation can accelerate the energy transition and build greater resilience to the impacts of climate change.”

The declaration of intent consists of two components: Prosperity Green will see solar photovoltaic plants with a generating capacity of 600 MW built in Jordan, with all power produced to be exported to Israel; Prosperity Blue is a sustainable water desalination programme to be built in Israel, supplying Jordan with up to 200 million cubic metres of desalinated water.

Mohammad Al Najjar said: “Climate change and the influx of refugees have further exacerbated Jordan’s water challenges. However, there are many opportunities for regional cooperation to help increase sustainability in the sector.”

Karine Elharrar said: “The declaration of intent that we are signing today is not just good for the State of Israel and the Hashemite Kingdom of Jordan but for the region as a whole, and will send a strong message around the world about how nations can work together to battle the climate crisis.”

Kerry continued his praise of the UAE while speaking at the opening ceremony of the Global Manufacturing and Industrialisation Summit held at the Dubai Exhibition Centre, Expo 2020 Dubai.

“The UAE never ceases to amaze in the way it steps up. We held the first regional climate dialogue here in the UAE, in Abu Dhabi, and we had 10 or 12 countries in the region, five of them oil-producing, and they all signed up to an important document that said we have to reduce emissions, we have to be responsible.

But he warned that the world was “playing with fire” on climate change.

“We’re playing with fire, and in many places in the world we’re seeing actual fire. And if it gets warmer, as every scientist tells us it will, there will be greater costs associated with that. Every economist will tell you it is cheaper to address this upfront now than it is to wait. We spent USD 265 billion just cleaning up after three storms. We can keep cleaning up after storms, or we can do the resilience and the adaptation, and the mitigation necessary, to reduce this crisis.”

Kerry said that economies had the capacity to transition.

“The question is: Will we transition fast enough to avoid the worst consequences of the climate crisis? Believe me, this is existential, and people need to understand that. My sense is that we’re in a transition, because the marketplace is going to demand it. You see disclosure in finance beginning to occur. Companies are going to be required to report their long-term vision with respect to climate impacts on investments. That will change the allocation of capital.”

Israel is targeting 30 per cent of its energy coming from renewable sources by 2030. Jordan is the second most water-scarce country in the world. Today’s declaration was made possible by the signing of the Abraham Accords in August 2020, which opened up a new era of cooperation between the UAE and Israel. 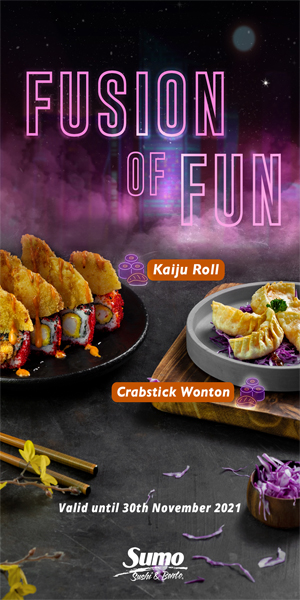