Embarking on her love affair with music at the young age of eight, Serbia-born Aleksandra Krstic has since gone on to perform as a classical, jazz, funk, soul and pop musician across Europe and, more recently, in the UAE. The multi-talented singer, songwriter and piano player, who has written music for MTV Adria and several films, will kickstart Late Nights @ Expo on 25 November with a soulful set.

Bahgaga, an Egyptian comedy band made up of five women, will bring old Egyptian comedy to the Expo site with heritage songs, plus some originals, that tackle everyday issues with tongues firmly in cheeks. 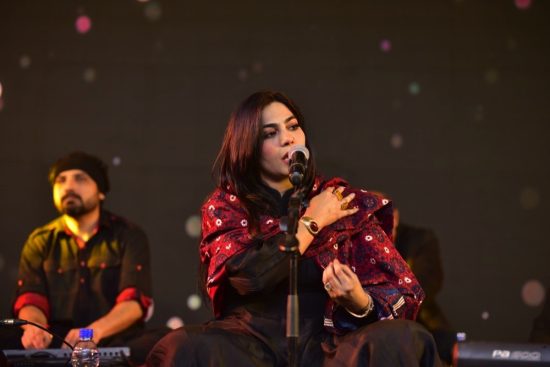 Pakistani folk and Sufi singer Sanam Marvi, who made her live concert singing debut in 2012 with concerts in London, Paris, and New York singing alongside Hadiqa Kiani and Ali Zafar, will entertain with songs in Sindhi, Punjabi and Balochi.

Late Nights @ Expo takes place from 2230 GST on 25 November at Jubilee Park. Entry is free for Expo 2020 ticket holders, but visitors are advised to arrive early.