As the momentum for the UAE’s Golden Jubilee celebrations accelerates, the country’s newest hospitality destination Al Khoory Sky Garden Hotel displays a rare philatelic exhibition that will not only showcase the country’s history from the 18th century till now but will also capture its historic milestones in its formative years through rare collection of stamps, coins, bank notes, etc., as part of the UAE’s week-long 50th National Day celebrations.

Philatelic collections including stamps, currencies – coins and banknotes – as well as historic documents says a lot about a country’s history, as they remain living testimonies of its journey. The six-day philatelic exhibition aptly titled, UAE Past and Present, will narrate the country’s 250-year glorious journey from the 1870s till now.

Organised by the Emirates Philatelic Association (EPA), the exhibition will showcase stamps and postal history of the UAE before and after federation.

The exhibition that opens at 6:30 pm on November 29, will continue till December 4, 2021 – is open to the public from 10 am till 10pm at Al Bustan Ballroom of Al Khoory Sky Garden Hotel in Port Saeed area, located on the Airport Road, close to Emirates/Dnata’s Deira office and within walking distance of Deira City Centre. 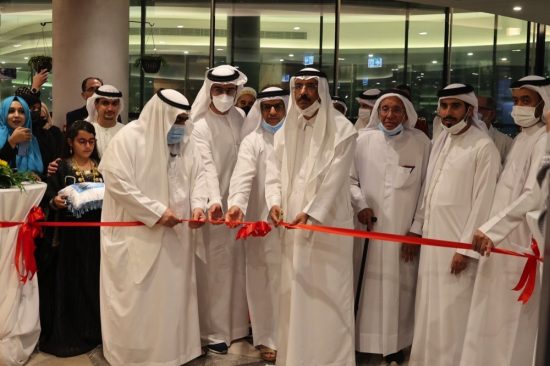 “Like photographs, philatelic products – stamps, coins and currencies – speak more than a thousand words. Therefore, the philatelic exhibition rightfully titled – UAE Past and Present – is a perfect tribute to the UAE’s rich culture, history and heritage and compliments the 50th National Day celebrations across the country,” says Abdulla Khoory, President of EPA. “Those who want to know the UAE’s history will get it all in one place with physical evidence. We invite the UAE residents, citizens and tourists to visit the exhibition and glance through our rich history.”

The members of the EPA will display their international collections made during the past twenty-five years, in addition to the special display of the currencies that were used before and after the union. These collections show the amazing development in various fields in the country over the past fifty years and beyond.

Postal services in Dubai commenced on 19 August 1909, when the first Indian branch office was opened by the British Indian postal administration. It was managed by Karachi post office using contemporary Indian stamps, which remained in use until the separation of British India in to India and Pakistan.

This exhibition will focus Dubai’s postal history including postal markings, postage stamps, commemorative stamps, postal routes and rates, during British Indian and Pakistan Postal Administration from 1909 to 1948 as well as the recent past.

The exhibition will explore the issues used in the Emirate of Dubai from opening of first post office in 1909 under British Indian postal administration until the last issue of Dubai local administration on 31st July 1972 along with postal stationery and usage of the stamps. 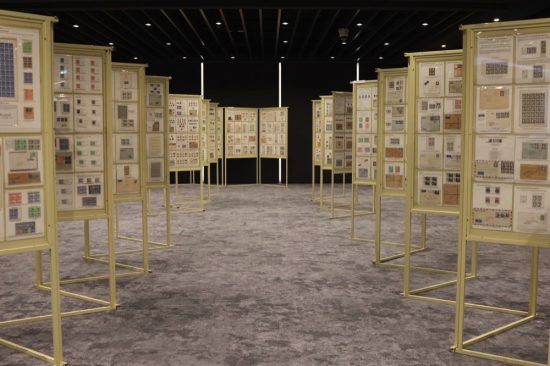 Abu Dhabi: From Trucial States to the Formation of the UAE Federation

This exhibition will show the postal adhesives used in Abu Dhabi Emirate from opening the first post office in the emirate on March 30, 1963, showing the stamps and related aerogramme used, exhibit will end with UAE provisional issues and surcharges.

The exhibition also shows the postal development in the Emirate of Sharjah. Before the opening of the first post office, mails from Sharjah were sent either through Dubai or Royal Air Force Station Sharjah. Letters that sent through Dubai post office. The Sharjah airport began to function on October 1932.

Al Khoory Group’s hospitality arm, Al Khoory Hotels, has recently opened Al Khoory Sky Garden at the heart of Deira, Dubai. The opening of the hotel marks the beginning of a week-long festivities to celebrate its Golden Jubilee of the UAE National Day on December 2.

Al Khoory Sky Garden hotel is located on a plot of land where Al Khoory Group had started its business operations around 50 years ago – the year the UAE Federation was formed. Fifty years later, the group is re-creating history with its new hotel – just a few days before the UAE National Day when the country charts a new beginning for the next 50 years.

Al Khoory Hotels, the hospitality arm of Dubai-based Emirati family-owned diversified business conglomerate, that offers the Emirati hospitality to the regional and international guests. Al Khoory Hotels started its first hotel in 2008 and currently operates six properties in different parts of Dubai, while one more is getting ready for business.

As a UAE home-grown hospitality brand, Al Khoory Hotels offers guests the unique experience of hospitality at some of the finest hotels and hotel apartments in Dubai.

Al Khoory Hotels is going to open one more property in the UAE in the next few months while planning to expand further to other emirates and Oman.

The existing hotels are strategically located near important business centres including Business Bay, the Dubai World Trade Center (DWTC) and the Expo 2020 site, as well as top leisure and entertainment destinations, such as Dubai Mall, Burj Khalifa, Mall of the Emirates, La Mer, Jumeirah beach and Al Fahidi Historical District. Our hotels’ convenient location and ease of access to public transport and the Dubai Metro make them the perfect choice for business travellers as well as vacationers.

The vision and foresight of Mr. Mohammed Tayyeb Khoory, Chairman, Al Khoory Group has been transformed into reality by his sons, who have ensured high-quality specialised services, highly skilled workforce, professional management and a commitment towards a constant improvement in the standard of services. These factors have combined to make the Group a success and one of the most well-respected groups in the U.A.E.

The Emirates Philatelic Association (EPA) established according to Ministerial Decree No. 372 on June 24, 1996.  EPA is a non-profit philatelic association of the United Arab Emirates registered under the Ministry of Community Development.