In an annual symposium hosted by the Middle East Retail Forum at Conrad Dubai, value fashion and homeware brand, REDTAG, won the RetailME Award 2021 for the ‘Most Admired Brand Campaign of the Year’, adding to a year of many firsts and recognitions.

December 5th, Dubai, UAE: REDTAG, the Middle East’s leading value fashion and homeware brand, has bagged the RetailME Award 2021 for the ‘Most Admired Brand Campaign of the Year’. Presented by the Middle East Retail Forum, RetailME Awards recognizes regional trailblazers, innovators, and trendsetters across over 25 categories.

Held at the Conrad Dubai on 24th November, the RetailME Awards ceremony was preceded by an industry conclave on retail trends, transformations, and technology, attended by representatives of leading brands across the Gulf. The all-day event, which included round-table discussions, presentations and networking, culminated in the awards ceremony where REDTAG was felicitated for its impactful ‘WearASmile’ brand campaign.

Commenting on the win, Shehbaz Shaikh, Chief Retail Officer of REDTAG, said: “It’s an honour to be recognized by the Middle East Retail Forum, which has a unique stature in the industry. The award for the ‘Most Admired Brand Campaign of the Year’ is an ultimate validation of the brand’s relentless efforts in enhancing customer experience and keeping up with trends. The credit goes to everyone at REDTAG.”

Founded in 2012, the Middle East Retail Forum has facilitated a platform for regional retailers to come together and exchange ideas that define the course of the industry. Over the years, and across eleven editions, these annual conferences have borne witness to keynotes and speeches from some of the luminaries of contemporary retail. 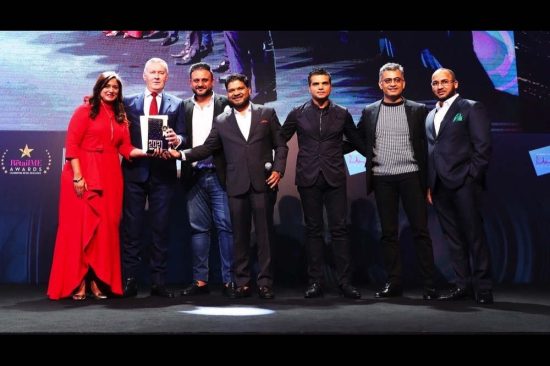 zConclaves and awards add to the overall competitiveness of the industry, by creating healthy competition and offering avenues for stakeholder engagement. The sense of togetherness that associations like the Middle East Retail Forum create will have an impact on the resilience and adaptability of the whole industry and individual brands alike. REDTAG is proud to win the prestigious RetailME Award, and we hope to carry this momentum into next year,” added Shehbaz Shaikh.

REDTAG has had an eventful year, marked by the continued success of its ‘WearASmile’ campaign and expansion into more locations across the region. Its motto of leading the value fashion and homeware segment saw the launch of new product lines and value-added services, including but not limited to ‘Anytime-Anywhere Exchange’, ‘Find Your Size’, ‘Fashion Stylists’, and ‘Free Home Delivery’.