Cream of Europe enlists skills of top pastry chef, Nicolas Lambert, to show partners how to transform their creations from drab to delicious with a splash of natural French cream

While winter is most commonly associated with cold and snow, the cream of Europe campaign succeeded in introducing some festive flavour to Dubai’s sun-kissed sands with its ‘Christmas on the Beach’ event.

Hosted by the French Dairy Board (CNIEL) and the European Union, with the expert assistance of celebrity pastry chef Nicolas Lambert, the seasonal gathering saw attendees descend on the Nikki Beach for an afternoon of mouth-watering, French cream-infused pastries.

The event was held in a bid to introduce Gulf-based foodies to the myriad benefits of cooking with dairy cream, a fully natural ingredient that is easy to work with, versatile and, most importantly, delicious – the perfect addition to any recipe this festive season. 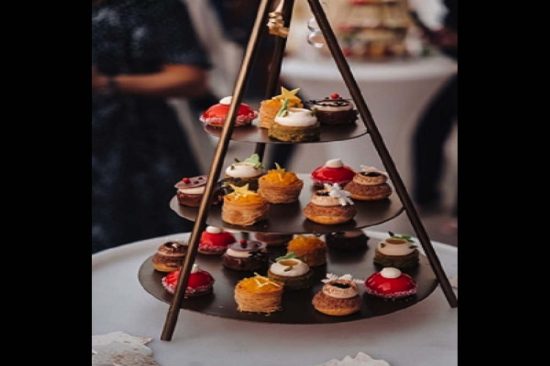 Speaking during this Cream-stmas gathering, Lambert, who is currently Senior Executive Pastry Chef for Four Seasons Resort Dubai and Four Seasons Hotel DIFC, said, “This was a fantastic opportunity to introduce our Christmas delicacies and show guests that the possibilities are endless with the simple addition of this fantastic, premium-quality ingredient.”

“European cream, especially French dairy cream, has a reputation for elevating the flavour of a diverse range of recipes – not only pastries but also other confectionaries, such as cakes, desserts, and both hot and cold drinks. Whether whipped or poured, this exceptional ingredient can be used to enhance the taste and quality of countless dishes.”

Guests who attended ‘Christmas on the Beach’ were presented with an assortment of delicious pastries, all of which were prepared by Lambert in person. Dairy cream is proving to be an increasingly popular ingredient among Middle East chefs, due to its capacity to transform dishes from drab to delicious.

The star of this afternoon tea was the signature Christmas log created by Chef Nicolas Lambert, “Santa by the shore” which shows Santa Claus landing on the sands of Dubai – whether it’s the sands of the desert or the beach, he’s carrying in his bag a delicious gift: almond biscuit, crispy pecan, vanilla mousse, and melting salted caramel.

“Whether you’re looking for the perfect festive treat this Christmas, or something special to serve to your guests on New Year’s Eve, the answer is simple,” said Laurent Damiens from the French Dairy Board. “Just add a splash of natural French dairy cream and let its rich flavour do the talking.”