DUBAI, United Arab Emirates–(BUSINESS WIRE/AETOSWire)– Jamaican women have won 42 of Jamaica’s 78 Olympic medals haul so far! At the latest Tokyo Olympics, a streak of green, black and yellow flashed past the finish line in the women’s 100m final, when team Jamaica earned a clean sweep of the podium — this time with Elaine Thompson-Herah, Fraser-Pryce and Shericka Jackson taking gold, silver and bronze respectively. 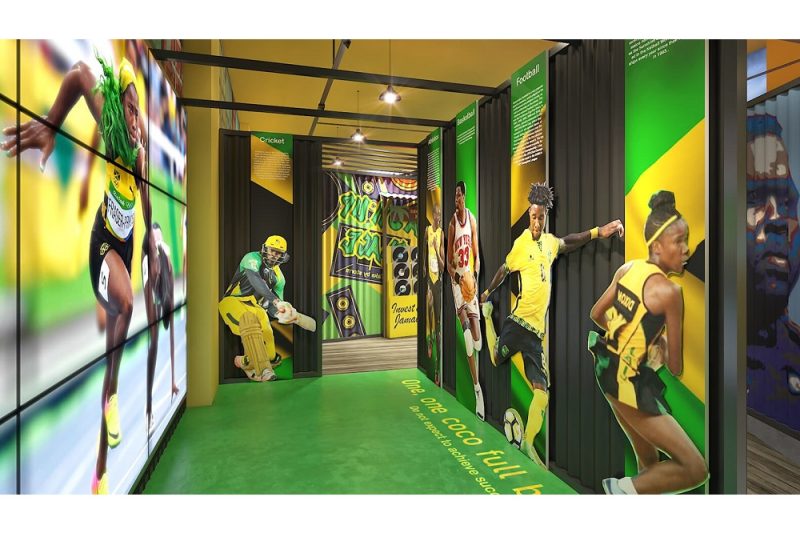 Among sports women being showcased at the Pavilion:

Shelly-Ann Fraser-Pryce: Jamaican sprinter who won gold medals in the 100-metre race at both the 2008 Beijing Olympic and the 2012 London Games. At the 2020 Tokyo Olympic Games, she won a silver medal in the 100 metres and gold in the 4 × 100-metre relay.

Elaine Thompson-Herah: Competes in the 100 & 200 metres. She is the first woman in history, to win the ‘sprint double’ at consecutive Olympics, capturing gold in both the 100 metres and 200 metres at the 2016 Rio Olympics and at the 2020 Tokyo Olympics.

Merlene Ottey: She is a Jamaican former track and field sprinter. Currently the world indoor record holder for 200 metres with 21.87 seconds, set in 1993.

“Jamaica has produced some of the foremost persons in the world, including Usain Bolt and Shelly-Ann Fraser-Pryce. There are experiences or opportunities for visitors to Jamaica to be able to not only engage with some of these persons, but to come to events that will unearth the new stars of tomorrow. We want to include that as part of the experience that people can have when they come to Jamaica,” stated Donovan White, Director of Tourism of Jamaica.