Turkish celebrities engaged in a series of four-day events in Egypt. They were amazed by the historical, tourist, and cultural structure of Egypt and the Red Sea, and with that, they invited everyone to take part and experience it. 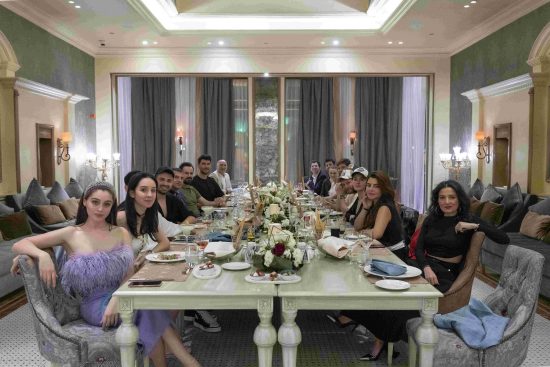 The Turkish cast spent four days filled with enjoyment in Sharm El Sheikh. They had amusing moments in the historical old Bazaar, El Mustafa Mosque, Mount Sinai, Naama Bay, Desert safari, Bedouin tents, and many routes and made bask in the sun and the sea. Also, they had an opportunity to dive and were very much pleased by the historical, tourist, and cultural structures and underwater of Sharm El Sheikh.

Erkan Yıldırım, CEO of Rixos Hotels Egypt, who spearheaded the organization, highlighted that Sharm El Sheikh is a destination that can be traveled and enjoyed for 12 months. He said, “It has become a center of attraction with its favorable climate conditions, hospitality, and unrivaled services for tourists. Sharm El Sheikh is indeed the most popular destination in Egypt, especially for holidays, and also stands out in the world for various water activities especially diving.” Yıldırım stated that the Turkish celebrities had a blast and a great time with the program and the event itself.